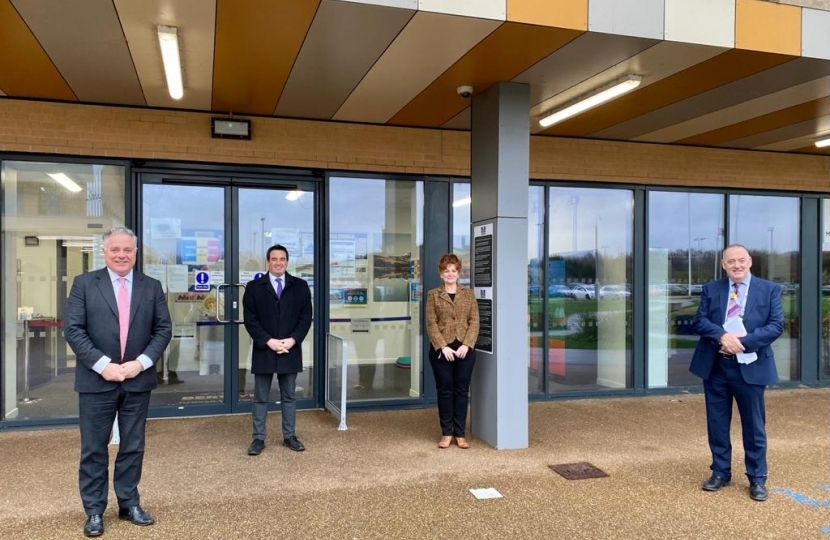 At the end of last year, I invited other North Wales MPs to HMP Berwyn’s Veterans’ wing, where there are currently 25 ex-Armed Forces prisoners. During the visit, my colleagues and were given a tour around the Veterans’ Community, which aims to instil good discipline for first time offenders by ‘buddying’ new prisoners at Berwyn with a prisoner from the Veterans’ wing.

We also met Adrian Leslie from the Royal British Legion, who supports the Veterans and Kieran Baxter, a Berwyn staff member who runs the wing as the Veterans in Custody Support Officer. As veterans themselves, Adrian and Kieron explained that prisoners were able to relate to them as they have shared some of the same military experiences, which contributes to good behaviour.

The MPs were introduced to some of the Veterans who told their stories, and explained some of the specific challenges they face as veterans in custody.

Having served in the Armed Forces I am acutely aware of the unique burden and strains that are placed upon our armed service personnel and how difficult the transition to civilian life can be. Unfortunately, I have witnessed Armed Forces personnel with PTSD or similar conditions who, upon leaving the military, find themselves with little support as veterans and then fall into the hands of the criminal justice system.

Subsequent to the visit, I have been working with the Royal British Legion, HMP Berwyn and UK Government Ministers to ensure that adequate provisions and funding are provided to places like the Veterans' Wing at HMP Berwyn so that Veterans' have the support they need as they leave the criminal justice system.