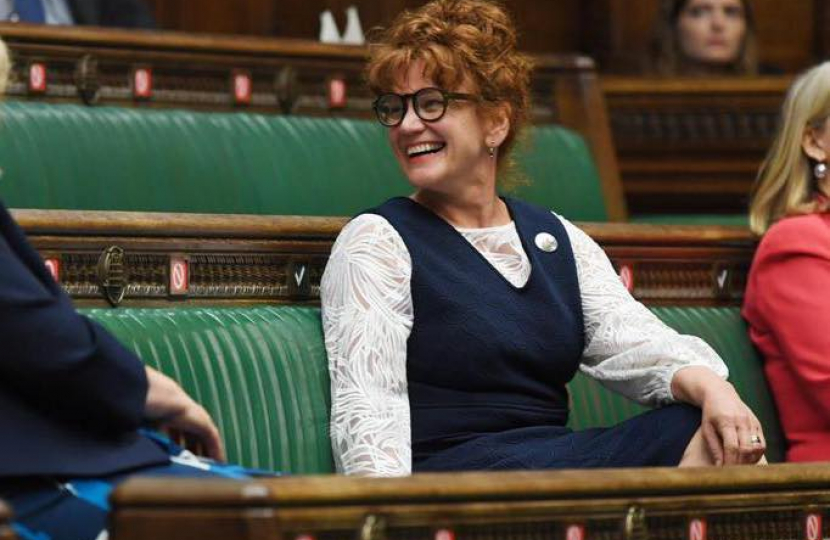 As a member of the Defence Select Committee in Parliament, and the only sitting female MP with a regular military background, Sarah Atherton led an inquiry into the experiences of servicewomen and veterans entitled “Protecting those who Protect Us: Women in the Armed Forces from Recruitment to Civilian Life”. The inquiry heard from 4200 women, some veterans, some still serving. Recently, she hosted women veterans in Parliament and gave a speech at the launch of Salute Her UK, part of Forward Assist, which is the first female-only veteran charity in the UK.

When Sarah was elected in 2019, she pledged to put Wrexham on the map. Wrexham is the only Welsh entry among eight winners selected for city status as part of Her Majesty the Queen’s Platinum Jubilee celebrations. It is thrilling that the Queen and the UK government have recognised Wrexham’s potential, ambition, and contribution to our Union. Gaining city status will amplify local pride and has the potential to attract inward investment and local infrastructure. This is not a time for people to suppress Wrexham, it’s now time to celebrate Wrexham.

In addition, Wrexham was shortlisted for the UK's City of Culture 2025, and whilst Wrexham did not receive the title, we should all be hugely proud that our new city reached the final.

Since we left European Union, the funding Wales receives from the EU is tapering down whilst funding from the UK Government is increasing. To best ensure this money is spent where it is needed, it is being allocated directly to Wrexham Council under the UK Shared Prosperity Fund. The Council will receive £22.7m and will decide where it is spent. In order to make sure your opinions are taken into account, Sarah went on a city-centre walkabout asking businesses and residents what they want for Wrexham. Following this, Sarah created the UK Shared Prosperity Fund survey so that Wrexham residents could have their say.

Prior to her involvement in politics, Sarah trained and served as a nurse at Wrexham Maelor Hospital, before progressing to become a District Nurse. Having returned to front line nursing during the pandemic and witnessed residents and NHS staff being let down by the Welsh Labour Government, Sarah launched her Health Campaign to send the Welsh Government a message.

For updates on what Sarah is doing to represent you, click the sign up button below to receive her monthly newsletter.

Since I raised my question with the Prime Minister at PMQs about Wrexham Council’s Levelling Up Bid which includes the redevelopment of the historic Kop Stand at the Racecourse Ground, we have been working very hard to ensure its success.

'A Day in the Life' in Westminster

Sarah filmed snippets of a typical Monday in Parliament, starting from leaving Wrexham at 7am to voting in Westminster at 10pm. More 'Day in the Life' video's to come!