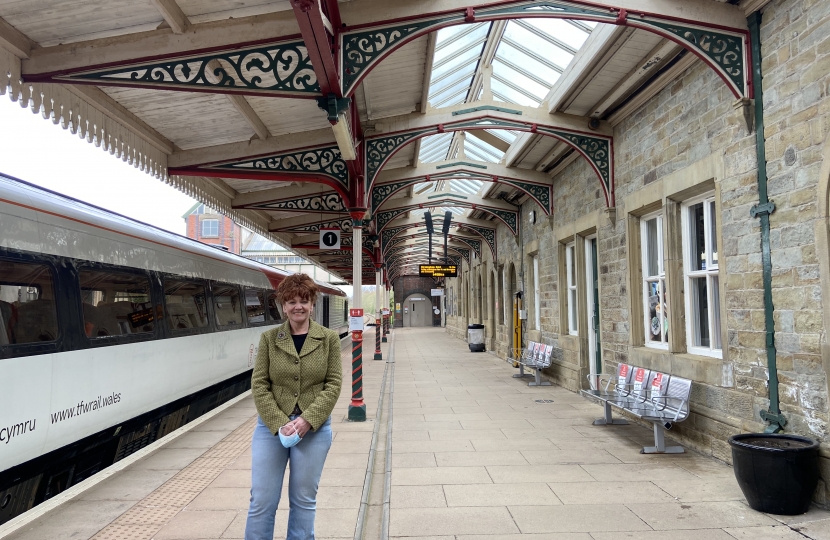 As the UK Government publishes Sir Peter Hendy’s final report of the Union Connectivity Review, the Prime Minister has underlined the importance of better connections – on both local and national transport networks – to bring all UK communities within closer reach of social and economic opportunities.

The Prime Minister has particularly welcomed, and intends to accept, the proposal for the creation of UKNET – a strategic transport network spanning the entire United Kingdom.

Research carried out for the report has highlighted how important travel across the border between Wales and England is, with a large number of people travelling daily for work, services and leisure. The UK Government is therefore committed to ensuring that transport links in this region continue to serve everyone who needs them.

Sir Peter Hendy’s proposals for Wales include the UK Government working with the Welsh Government to review the route connecting North Wales to the North West of England, which is a key link for both communities and businesses. He suggests that a package of improvements focused on this route should focus on better connectivity with HS2 and major electrification schemes, upgrades to the A55, the M53, M56, and improving onward travel to and from the island of Ireland, in a major boost for union connectivity.

Sir Peter Hendy has also advised the UK Government to support measures to reduce congestion on the M4 and provide targeted improvements at the junction of the M4/M5. He also proposes upgrading and building new stations on the existing South Wales Main Line, in what would be a major infrastructure overhaul for transport in South Wales.

“I welcome the enthusiasm shown by the Prime Minister and the Government to my final report and I look forward to their formal response to my recommendations, which aim to spread opportunity and prosperity right across the United Kingdom.”

“The Wales-England border is porous with rail and road links which we must strengthen if we are to truly level up the UK– enhancing the connectivity of Welsh towns and cities and bringing communities closer together.

“We will now reflect on Sir Peter Hendy’s review, and through close working with the Welsh Government, boost key transport connections that will deliver for the people and businesses of Wales and more evenly distribute opportunity and prosperity.”

The national recommendations published include:

The UK Government will now carefully consider the Union Connectivity Review in detail. It has also invited the Welsh Government to work closely to identify the solutions which work best for the people of Wales and the rest of the UK, and make tangible and meaningful progress as swiftly as possible.

Improving Wrexham's transport structure to operate like the capital of North Wales.