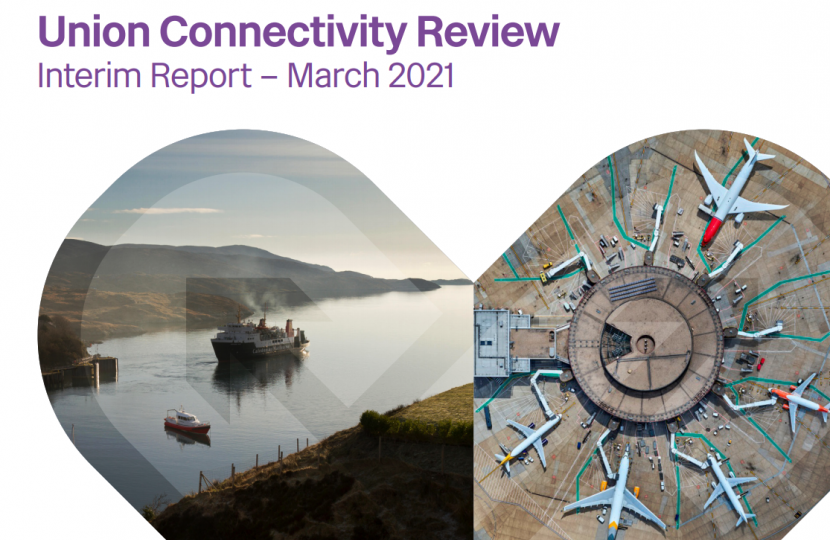 Today, the UK Government published the interim report of the Union Connectivity Review – an independent report commissioned by the Prime Minister in June 2020, led by Sir Peter Hendy. The Review seeks to investigate transport and infrastructure connectivity across all four nations of the United Kingdom to ensure that individuals and businesses have the infrastructure they need to travel and trade throughout the United Kingdom.

With the interim report came a number of announcements, including the creation of a UK Strategic Transport Network to facilitate improved connectivity in the UK, the provision of £20 million to explore the upgrade of strategically important transport infrastructure, and a consultation on Air Passenger Duty.

It was also announced that within the £20 million allocated to develop improvement projects across the UK, options to enhance the important North Wales rail route will be explored. Importantly, the report also recognises the A55 as an significant route for connectivity, both for haulage and personal use, highlighting the the high usage of the route by many in North Wales to travel both within the region and into England. Finally, the interim report, also identified the need for enhanced rail links between North Wales, Manchester, and Merseyside.

On a personal note, I am delighted to be able to better appreciate the significant improvements that the Union Connectivity Review and the suggestions contained within it will bring to Wrexham and North Wales. Improved transport infrastructure will enhance the lives of many; it will make personal transport quicker and more efficient, it will aid the movement of goods, and it will trigger economic growth. The contents of the interim report are therefore promising.

Indeed, it was only recently that the Welsh Government brought forward the Clean Air White Paper, which suggested tolling North Wales’ roads. As such, the announcements today show that whilst the devolved administration is considering ramping up costs for drivers in Wales, the UK Government is improving transport connections for the benefit of all. Transport infrastructure in Wales has been woefully neglected by the Welsh Labour Government, with devolved administrations consistently shying away from large-scale infrastructure projects, even when the funding was there to do them. As such, I am pleased that the UK Government will be stepping up.