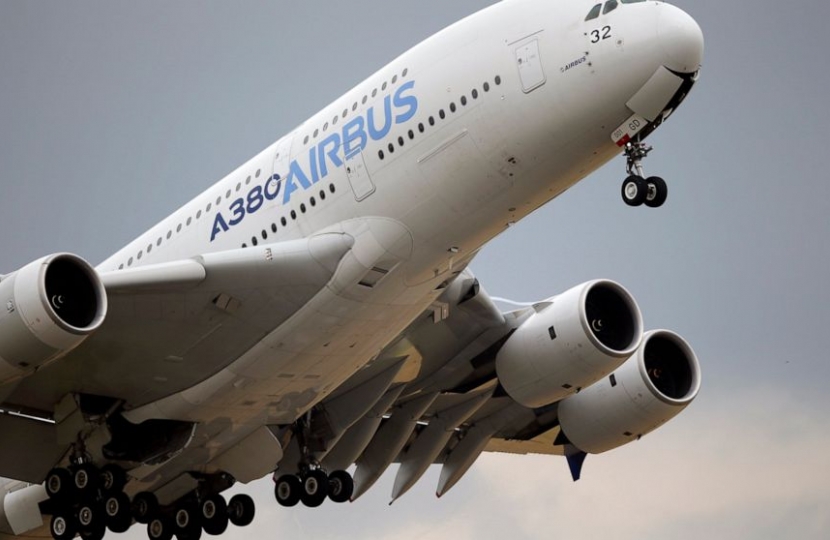 North Wales MPs have described their ongoing battle to protect Airbus jobs. It was announced that more than 1,400 jobs are at risk at the aircraft manufacturer's Broughton plant. Conservative MPs from across North Wales have been working with officials from the Department for Business, Energy and Industrial Strategy (BEIS), the Minister for Business and Airbus Management directly to do everything possible to mitigate the impact of COVID on their business.

The aviation and aerospace sector in the UK is worth £52bn (3.4 per cent of UK GDP) and is responsible for 980,000 jobs. The UK Government has already provided around £6bn in sector specific support and is in constant dialogue

with Airbus directly on a range of issues to better position them back into growth. The company itself has benefitted significantly from the Coronavirus Corporate Finance Facility. The UK Government has also taken steps to make sure that it can continue its investment in R&D, including the "Wing of Tomorrow" programme.

The UK Government has also taken steps to make sure that it can continue its investment in R&D, including the "Wing of Tomorrow" programme. A spokesman for the North Wales Conservative MPs said "We were devastated to hear that more than 1,400 of the 1,730 jobs being lost nationally would be from Broughton which has been such a key part of life and the economy of North East Wales for so long,.