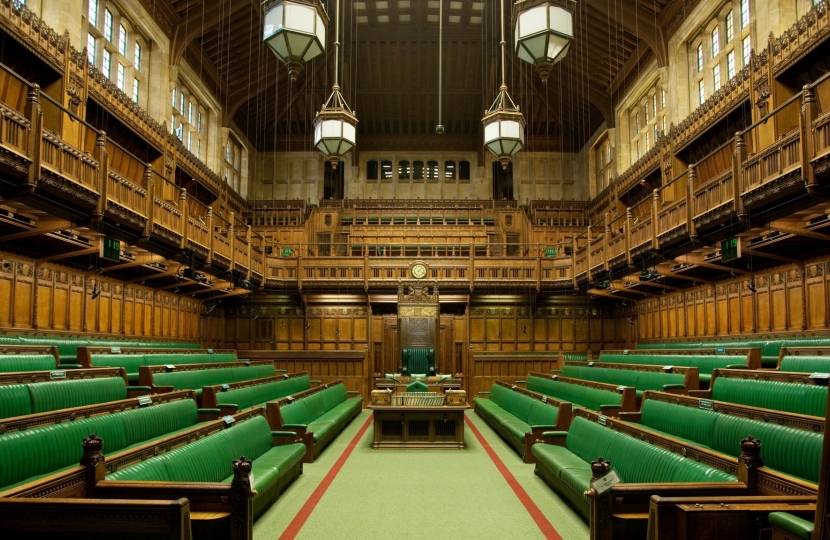 Since becoming an MP in 2019, Sarah has made a wide contribution to Parliamentary life through speeches, questions and other activities. Sarah is currently a Parliamentary Private Secretary to the Wales Office and through this role she has worked closely with the Secretary of State for Wales to ensure that Wrexham and Wales' interests are represented in Westminster.

As an Army veteran, and continued advocate for other veterans, Sarah has frequently spoken up for the rights of military personnel and has called for the end of vexatious claims against veterans.

As a result of this interest in matters of defence and veterans affairs, Sarah is also a member of the Defence Select Committee, which you can read more about here.

Sarah is also active in a number of All-Party Parliamentary Groups (APPGs). APPGs are informal cross-party groups that are run by and for Members of the Commons and Lords, though they often involve individuals and organisations from outside Parliament in their administration and activities too. They bring together Parliamentarians with similar interests, and can therefore be force for change.

You can view a selection of Sarah's contributions in Parliament here.

Can my right hon.

Many women are sent to prison for low-level summary offences, and incarceration has a catastrophic effect on them and their families.

Wrexham houses the newest and largest prison in the UK, HMP Berwyn, with a criminal justice network to support it.

We know that Russia is the master of misinformation to advance its military ambition. Does my right hon.

Business of the House | Commons debates

As we know, the Welsh NHS is managed by the Welsh Labour Government in Cardiff, and the biggest challenge facing my constituents is acces

Wockhardt in Wrexham made the AstraZeneca vaccine ready, setting the scene for Wrexham to be at the forefront of opportunities.

To ask the Secretary of State for Transport, what steps his Department is taking to increase testing capacity for heavy goods vehicle dri

The Bill is excellent and much needed. It will improve the lives of service personnel while modernising our military for the future.