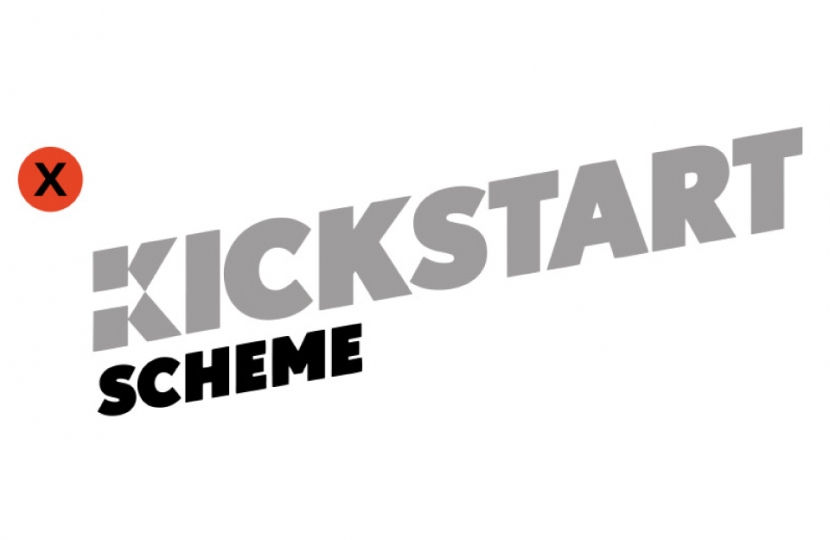 An innovative new scheme to help young people into work and spur Britain’s economic revival was launched by the UK Government today.

Businesses are now able to sign up to be part of the landmark £2bn Kickstart scheme, giving unemployed young people a future of opportunity and hope by creating high-quality, UK Government-subsidised jobs across the UK.

Under the scheme, announced by Chancellor Rishi Sunak as part of his Plan for Jobs, employers can offer youngsters aged 16-24 who are claiming Universal Credit a six-month work placement.

The UK Government will fully fund each “Kickstart” job - paying 100% of the age-relevant National Minimum Wage, National Insurance and pension contributions for 25 hours a week.

Employers will be able to top up this wage, while the UK Government will also pay employers £1500 to set up support and training for people on a Kickstart placement, as well as helping pay for uniforms and other set up costs. The jobs will give young people – who are more likely to have been furloughed, with many working in sectors disproportionately hit by the pandemic - the opportunity to build their skills in the workplace and to gain experience to improve their chances of finding long-term  work.

“The UK Government has taken unprecedented action to secure Wales’ economic recovery from coronavirus. More than 9,500 jobs in Wrexham have been protected through the Job Retention Scheme and £5,500,000 given to support self-employed people through this pandemic.”

Protecting, supporting and creating jobs is at the heart of our plan for recovery. The Kickstart scheme, aimed at young people, will make sure no-one is left behind as we kickstart the Welsh economy again.

“This isn’t just about kickstarting our country’s economy – it is an opportunity to kickstart the careers of thousands of young people who could otherwise be left behind as a result of the pandemic.

“The scheme will open the door to a brighter future for a new generation and ensure the UK bounces back stronger as a country.”

Businesses of all sizes looking to create quality jobs for young people can apply and there is no cap on the number of places.  Household names including Tesco and the Prince’s Trust, have already pledged to offer Kickstart jobs.

Young people will be referred into the new roles through their Jobcentre Plus work coach with the first Kickstarts expected to begin at the start of November.

The scheme, which will be delivered by the Department for Work and Pensions will initially be open until December 2021, with the option of being extended.

The Chancellor and Secretary of State for Work and Pensions Therese Coffey today invited young people hoping to take part in the scheme to a speed mentoring session with CEOs.

Secretary of State for Work and Pensions, Therese Coffey said:

“As we launch our £2billion Kickstart programme, putting young people at the heart of our revival - we are urging businesses to get involved in this innovative scheme and take advantage of the enormous pool of potential out there.

“There is no limit on the number of opportunities we’ll open up through Kickstart and we’ll fund each one for six months as part of Our Plan for Jobs to create, support and protect jobs.

“Young people taking part will receive on-the-job training, skills development and mentoring, as we get them on that first rung of the jobs ladder and on their way to successful careers.”

To help smaller businesses, employers offering fewer than 30 placements will be asked to make a bid through an intermediary, such as a Local Authority or chamber of commerce, who will then bid for 30 or more placements as a combined bid from several businesses. This will make the process easier and less labour intensive to apply for these smaller companies who only want to hire one or two Kickstarters.

Young people are usually amongst the worst hit by financial crises, and unemployment can have longstanding implications for their future jobs and wages. We know people are leaving education into an extremely difficult jobs market, we know that young people are more likely to have been furloughed, so we are stepping in to provide more help.

Around 700,000 young people are set to leave education and enter the job market this year, with a quarter of a million more people aged under 25 claiming unemployment benefits since March – with youth unemployment having a long-term impact on jobs and wages.

The Kickstart scheme was announced in July as part of the Chancellor’s Plan for Jobs, which set out the biggest package of support for youth unemployment in decades – including tripling the number of traineeships, incentivising employers to hire more apprentices through a £2,000 payment to employers for every apprentice they hire under the age of 25 and investing in our National Careers Service so people can receive bespoke advice on training and work.

Wrexham businesses can register their interest in the Kickstart scheme via the West Cheshire & North Wales Chamber of Commerce using this form: https://www.surveymonkey.co.uk/r/WCNWKickstart