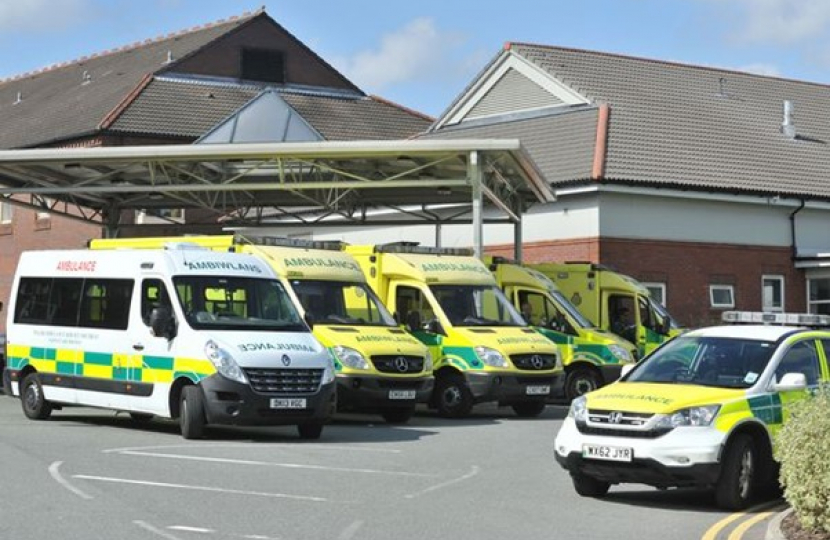 Since I was elected, I have been campaigning for improvements to health services in Wrexham.  Patients and NHS staff are consistently being let down by the Welsh Labour Government which is responsible for NHS Wales. Having launched my healthcare campaign last year, it was clear that amongst an abundance of other concerns, the length of time people have to wait for an ambulance is unacceptable.

We have read harrowing stories of people in North Wales dying on the street whilst waiting for emergency care. One resident waited 16 hours for an ambulance in Wrexham and patients are stuck in ambulances outside the Wrexham Maelor A&E department whilst they see ambulance shifts come and go. In Wales, only around half of life-threatening calls are met within the target time. I have suggested to BCUHB that the St John ambulance service step in to undertake ‘low level’ services to relieve the system but this suggestion was never progressed.

The people of Wrexham simply have no confidence in the management of the NHS, at the hands of Welsh Labour Government. Not only should constituents have timely access to emergency care but the dedicated and resilient ambulance staff deserve support rather than the extreme pressure they are placed under.  Anything less is just not acceptable. I will continue to push for improvements in the services provided to the people of Wrexham.

Issues relating to GP services in Wrexham have been front and centre of much of the correspondence coming into my emails, whether that be relating to the temporary closure of Borras Park Surgery, or the consultation on the closure of the Gresford Health Centre, part of the Alyn Family Practice.