Member of Parliament for Wrexham 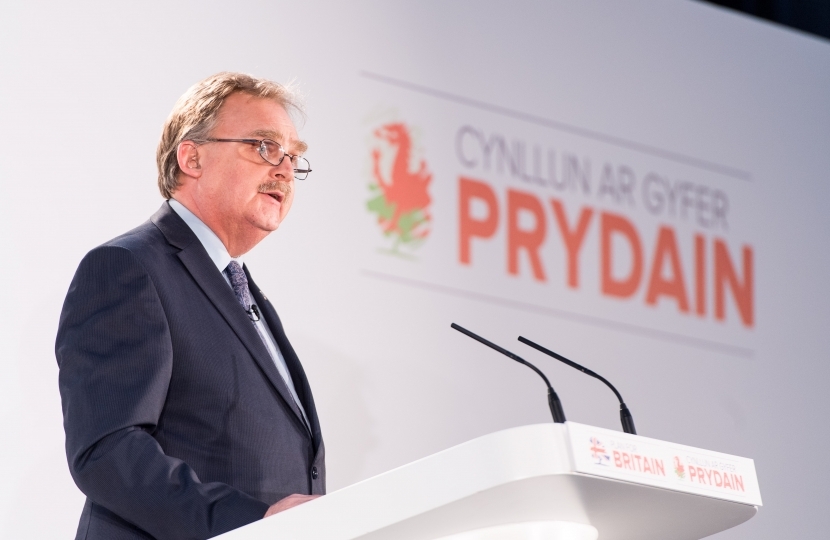 I am pleased to see my colleague, Mark Isherwood AM, stand up for North Wales, labelling local government settlement ‘… biased, partisan, and unfair’

Commenting on the provisional Local Government Settlement announced on December 16, the Shadow Minister for Local Government, Mark Isherwood, suggested it is further evidence that the Welsh Government “… cannot be trusted to fairly distribute funding across all 22 local authorities in Wales”.

Of the five authorities to see the largest increase, four have a Labour-run administration, and have reserves totalling some £301 million.

The Vale of Glamorgan – previously Conservative-run - has gone from a 0.1-percent decrease in the 2019-20 settlement, to – now it is run by Labour – a 4.9-percent increase.

“The majority of councils in North Wales have seen a smaller increase in funding compared to authorities elsewhere in Wales, with four of the bottom five authorities in terms of funding increases all from North Wales."

“Conwy is 21st out of 22 with a 3.4-percent increase, Wrexham is 20thwith 3.5 percent, Flintshire 19th with 3.7 percent, and Anglesey is 18thwith 3.8 percent, while Monmouthshire is at the bottom with a 3-percent increase. Three of these councils are non-Labour run, excluding Flintshire.”

Mr Isherwood added that increases in the funding settlement are thanks to the UK Government, which has allocated an additional £600m to the £15 billion block grant. However, he added that allocation of funding must be visibly and transparently prudent.

The Shadow Local Government Minister said that a constituent from Wrexham had contacted him, exasperated at how funding had been allocated.

“The increase in allocated funds to Wrexham Council is 3 percent, the third lowest in Wales. How can this be justified when Wrexham has three of the four wards with the highest poverty rates in Wales? There should be more investment in Wrexham.”

In a debate in the Chamber last week, Mr Isherwood noted:

“Anglesey is amongst the five local authorities in Wales where 30 percent or more of workers are paid less than the voluntary living wage. Prosperity levels per head in Anglesey are the lowest in Wales at just under half those in Cardiff, and Conwy Council has the highest proportion of over 65s in Wales, at 25 per cent compared to Cardiff on 13 per cent, which has the smallest.”

“The funding allocation smacks of bias, seems partisan, and is unfair. To read that a resident feels that she feels her area is being ‘…left to languish when it could be a hub of activity in the North of the country’ is a charge that the Welsh Government must address."

“This is a shameful indictment of how the Welsh Labour Government views areas that experience poverty, but also of those that have the potential to have a brighter, more economically sustainable future."

“We [Welsh Conservatives] have called for an independent review of the funding formula used by successive Welsh Labour Governments to allocate funds. Perhaps if this finally takes place, then local authorities in Wales – and their residents – will at last benefit from a fair settlement.”

I am pleased to see my colleague standing up for the people of Wrexham and North Wales and look forward to working with him in my new role.

As promised we will provide veterans with a new railcard this year, which will open up more opportunities for them and help to improve the lives of their families by giving them cheaper travel.