We need an inquiry into health services in North Wales 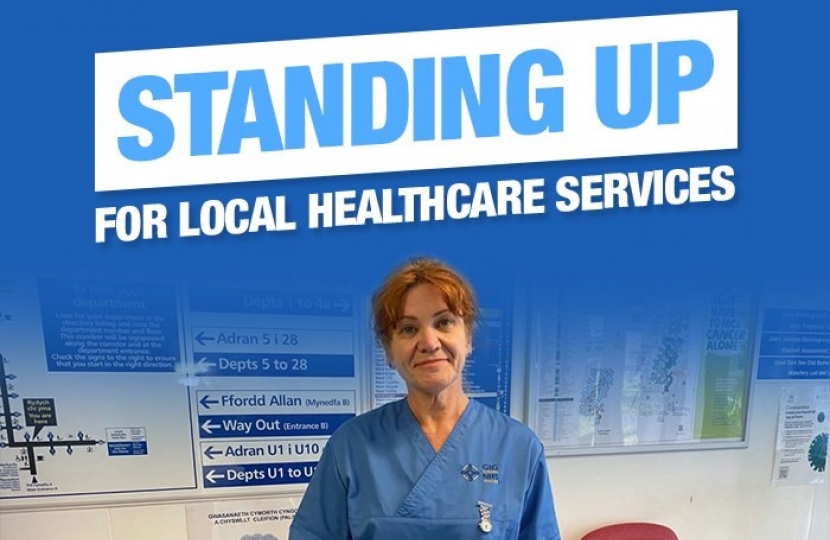 This week, I have called on the Welsh Government to launch an inquiry into the management of health care in North Wales and Wrexham.

In a letter to Eluned Morgan, the Welsh Government Minister for Health and Social Services, I said that residents “lack confidence in local healthcare services” and that a specific inquiry was needed to ensure that the Welsh Government understands “where mistakes are being made” in order to rectify them. You can read the full letter below.

Across North Wales, waiting times for treatment have also increased. In August 2021, there were 138,964 people waiting for treatment across the Betsi Cadwaladr University Health Board area, compared with 102,629 in August 2019 and, over the same period, the proportion waiting 36 weeks or more for treatment rose from 10 per cent to 39 per cent.

This call for an inquiry into the handling of health care across the region follows the launch of my health care campaign, which I launched following growing correspondence about health services and access. You can sign my campaign below or here.

Having returned to frontline nursing at the Wrexham Maelor in 2020 to support the fight against Covid-19, I know how hard our staff and volunteers have been working. However, healthcare access and outcomes in Wrexham are getting worse: residents cannot access their GPs, A&E wait times are soaring and the time it takes to receive routine treatment is worryingly long. Another area of concern is pain management, where people are left suffering for years, and A&E. I have casework of people waiting over 18 hours in A&E despite being referred by their GP and patients without vital medication for weeks due to not being able to obtain a prescription.

What’s worse is that four miles over the border in England patients have access to better healthcare services. Residents in Wrexham feel that they are getting a second-rate service in Wales thanks to the mismanagement of the healthcare system under Welsh Labour and Ministers in Cardiff must recognise this.

The Welsh Labour Government might be pouring more money into the NHS in Wales, thanks to additional funding from the UK Government, but that won’t solve the problem if Welsh Ministers and the health board do not know where the problems are. To give residents confidence in their healthcare, a inquiry must be held to understand where the issues lie.

Residents and NHS staff are being let down by the Welsh Labour Government, who have responsibility for delivering our health care services in Wales. I have seen this first-hand, having returned to front line nursing during the pandemic.