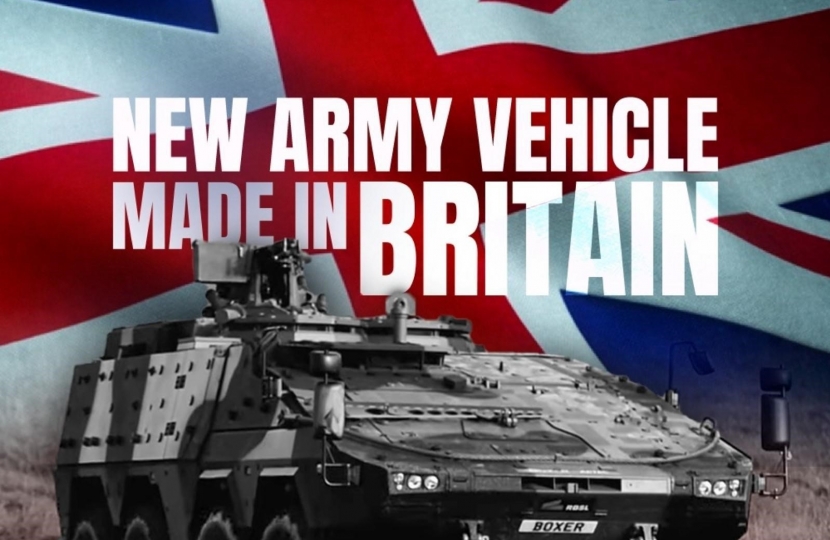 A company in Wales will play an integral part in delivering the British Army’s next-generation armoured fighting vehicle, the UK Government has announced.

MilDef, who are based in Cardiff, will provide rugged electronics such as Crewstation PCs, servers and ethernet switches for the Boxer armoured fighting vehicles under a £20m subcontract awarded to them by RBSL and Rheinmetall.

The contract is expected to sustain and create around a dozen Welsh jobs and will secure further development of MilDef’s manufacturing facilities in the city over the next 10 years.

The UK decided to re-join the Boxer programme in 2018 and since then has committed £2.8bn to deliver over 500 vehicles to the British Army. They will be made up of four variants: an Infantry Carrier; a Specialist Carrier; a Command Vehicle; and an Ambulance.  The aim is to have the first vehicles in service in 2023.

“Having had the privilege of viewing the Boxer and the Boxer Ambulance whilst taking part in the Armed Forces Parliamentary Scheme, I am delighted that a Welsh company will be included in the delivery of the British Army’s Next-Generation of vehicles.

“This latest investment in Wales’ defence industry further highlights the UK Government’s commitment to the Welsh economy and I am pleased that the UK Government has decided to draw the expertise and experience of Welsh businesses in delivering this vital piece of military technology.”

“Thousands of jobs in Wales are supported by UK defence expenditure and this latest £20m investment shows our continued commitment to invest in Welsh suppliers – cementing Wales’ place as a defence industry hub.

“I welcome this investment which comes at a time when the UK’s armed forces are providing crucial support to the NHS, Ambulance Service and Covid-19 testing effort across Wales.”

“The British Boxer programme has continued at pace this year despite the significant challenges that 2020 has set us. I am delighted that we are now beginning to see real term benefits to the UK from the investment in the programme and proud that we will be delivering a state-of-the art future capability to our British Armed Forces.”

“We are delighted to supply high-performance products together with RBSL into one of the UK MoD’s strategic vehicle programmes. MilDef Ltd continues its expansion in the UK defence industry and this contract is an example of the exciting times ahead for the company.”