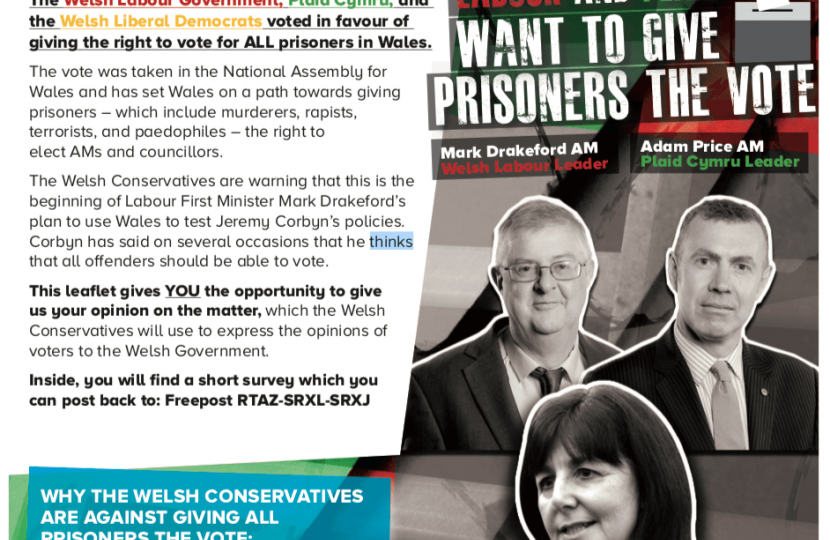 The Welsh Labour Government in Cardiff are currently consulting on the issue of giving votes to people serving prison sentences.

When a person is convicted of a crime against society and removed from that society for their sentence, they should not be given the right and privilege to vote on the future of that society.

The Welsh Labour Government wish to fall in line with Jeremy Corbyn who has stated on several occasions that he thinks that all offenders should be able to vote to elect our AMs and MPs.    I am totally against this.  Prisoners can vote again only when they are released.

Click Here on the link to take part in our survey and make your views on this issue known.