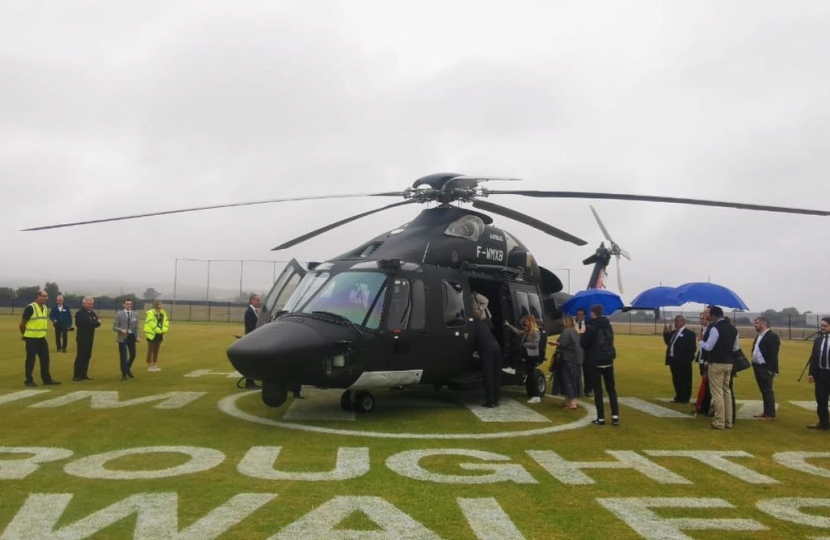 Great to be at Broughton today to see Airbus' New Medium Lift Helicopter (MLH), flown straight from Farnborough, in all its glory!

Airbus is competitively bidding for the Ministry of Defence’s (MoD) MLH contract to replace its fleet of Puma HC2 and three British Army-operated types. Having lobbied the MoD extensively to introduce the competitive bidding process, I am so pleased that Airbus’ bid is being considered as it would mean all parts are made in the UK.

If Airbus’ new military variant of the H175M helicopter is chosen by the MoD, Airbus would use its Broughton site as the location of final assembly which would increase jobs and boost our local economy.