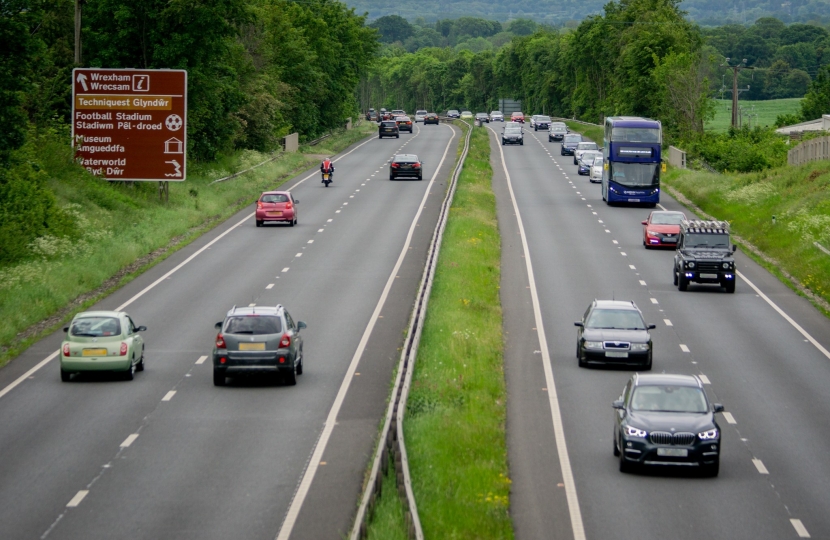 During the meeting, representatives from the NMWTRA explained the background to the resurfacing works, the reasoning for the use of certain diversionary routes and the work being done with the Police and Council to mitigate the impact of the diversions on residents.

The NMWTRA also confirmed that the road would again need resurfacing following concerns about the newly laid surface. This work is scheduled for late Spring 2022. Investigations into the poor ‘ride quality’ of the new surface are currently ongoing but it was explained that the new surface – a low-noise ‘trial system’ – had failed in a number of places between junction 6 and 7. When resurfacing works do take place, NMWTRA assured me that they would work with the Council, emergency services and elected representatives to reduce the impact on residents. It was also confirmed that the question of who would pay for the resurfacing of the resurfacing is being established.

In addition, the NMWTRA also shared plans for future environmental works along the A483, following my campaign earlier this year, on behalf of residents in the Garden Village and Pandy areas. The NMWTRA explained that several environmental projects have been agreed along the A483:

It was also announced that the layby along the A483 southbound near Ty Gwyn Lane is to be blocked except for use in an emergency, in order to stop heavy goods vehicles stopping for long periods of time with engines running.

The discussions were incredibly helpful and whilst I am disappointed that work will have to take place again in 2022, I do recognise that NMWTRA have made concessions and taken on board the concerns of residents, which I have raised on a number of occasions. Earlier this year I suggested that low-noise tarmac could be used on the A483 and NMWTRA have listened. I also argued for better noise protection for residents along the A483 and the planned environmental works show that the team have listened too.

All in all, these represent a clear ‘win’ for Wrexham residents!