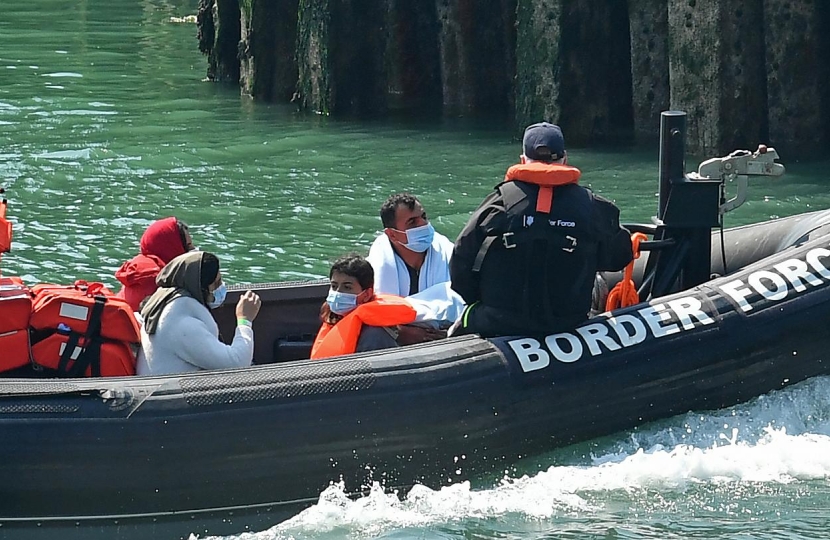 The Australian-style points based immigration system, which the Government will implement after we leave the transition period is based on ensuring that nobody is able to cut the queue for settling in the United Kingdom. Unfortunately, what we are seeing on a huge scale with the boats crossing the Channel is precisely that, flagrant violations of our immigration law by economic migrants and human-trafficking gangs.

France is a perfectly safe and stable country in which asylum seekers should seek refugee status. The United Kingdom has no obligation whatsoever to grant refugee status to migrants who could have reasonably claimed refugee status in France.

Returning migrants who have reached the UK is not easy, as the Prime Minister has acknowledged, due to a legal framework owing to our previous EU membership, which we are still bound by until the transition period ends on 31 December 2020. This framework places undue power in the hands of unaccountable human rights lawyers who do not have our country’s best interests at heart.

Until the transition period ends and we can once again reassert our sovereignty over asylum and immigration matters we must stop these boats from reaching British waters. UK Border Force should receive whatever assistance is required from HM Armed Forces in this endeavour. It is time for tough words to be matched with tough actions so that fairness may be restored to our immigration system, and the constituents of Wrexham may feel secure in the knowledge that this is a Government which finally takes concerns about immigration seriously.

Delivering a speech in Parliament, the Chancellor announced a package of measures that will continue to protect jobs and help businesses through the uncertain months ahead as we continue to tackle the spread of the virus.