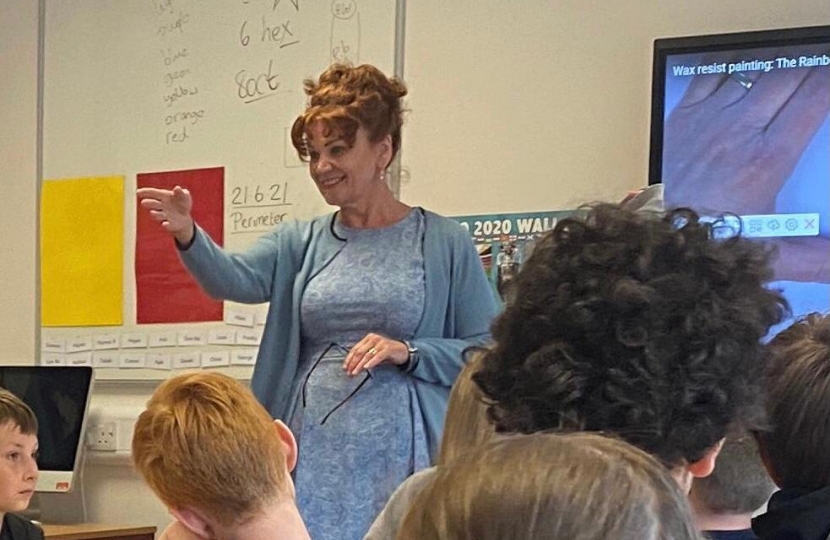 It was a pleasure to take part in the 'Under the Sea'-themed 'Super Learning Day' at Park Primary School last week, having been invited by Year 6 students.

Earlier this year, Sam Bennett, an eleven-year old pupil at Park Primary School, contacted me to raise concerns about hunting and whaling leading to some animals becoming endangered. I then responded to Sam, telling him that some of his questions “were more sensible than some I hear in Parliament!” before discussing the issues over email. This led to Park Primary's Year 6 class organising a day of awareness for the rest of the school, inviting me along too.

It was fantastic not just to see children becoming aware of the effect we all have on the planet around us, but actually organising themselves to make others aware. Year 6 set this up and took ownership of educating the younger year groups in their school, and if that doesn’t make for responsible future citizens, I don’t know what will.

“After discussing the effect of plastic pollution on the ocean population, pupils were encouraged to participate in independent learning, to raise awareness of the ever-increasing global issue.

“When conducting research pupils stumbled across a cultural tradition in the Faroe Islands ‘Grindadráp’ where hundreds of whales are killed each year, with the meat being distributed to feed the population. The pupils questioned if there was a more humane way to kill these animals, and, if there were other sustainable food sources on the islands. Some pupils felt so strongly that they wrote emails to politicians giving their own opinions and solutions. We have also been in contact with Faroese representation in London and will be linking up with a school in The Faroe Islands to share information and learn more about life in each other’s countries directly.

“I am extremely proud of all the children for their hard work. It shows that we have ethically informed citizens in our school in meeting with the implementation of the Curriculum for Wales 2022.”