Strength in Union: The Case for the United Kingdom 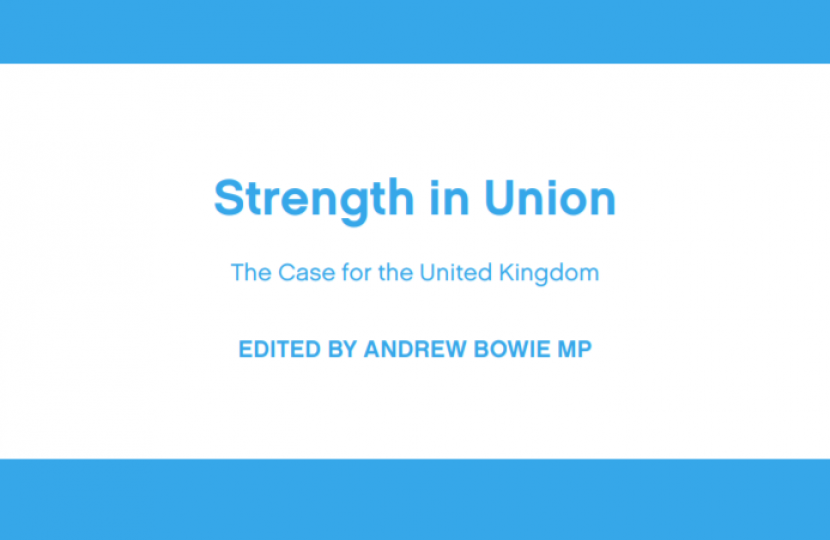 Recently, the Centre for Policy Studies released a report entitled 'Strength in Union: the case for the United Kingdom' and I was very grateful to have been asked to contribute to this. Focussing on the military and our defence sector, I endeavoured to show how our Armed Forces and the wider sector linked to it are symbolic of the importance of the Union of the United Kingdom, highlighting why we are better off together.

You can read the full report here, or read my article below.

The military and the Union

In the run-up to my election, and since becoming the first ever Conservative MP for Wrexham, it has become painfully clear to me that extreme nationalism is on the rise. I have seen repeated protests outside my constituency office, criminal damage to the office, toxic behaviour on social media and death threats. Is this really democracy?

Much like their inability to accept me as their democratically elected MP, nationalists refuse to accept the Union and the benefits it brings to England, Scotland, Wales and Northern Ireland.

Separatism is rising across the UK and it would not be unfair to attribute some of the moves towards independence in Wales and Scotland to the creation of the devolved administrations in the late 1990s. In 1979, Welsh voters overwhelmingly rejected devolution in a Labour Government referendum on the subject. In the same year, Scotland narrowly voted in favour of a devolved assembly, although turnout was too low to give the vote credibility. Fast-forward to the Scottish independence referendum in September 2014, when again the Union campaign won. The big difference was the turnout: more than double what it was in 1979, indicating the awakening of the Scottish public to the issue of independence. Under the SNP, the Scottish Government will continue to push for independence – and hopefully it will not be successful. In Wales, we have a small but vocal nationalist party. As Conservatives and Unionist MPs, many for the first time in North Wales particularly, it’s important that we use this platform to ensure that Wales does not take inspiration from Scotland’s nationalist agenda.

The Covid-19 pandemic has also have brought devolution to the forefront of the political agenda again, illustrated by each country having jurisdiction on policy and adopting their own nuanced Covid regulations, giving nationalists the ammunition to adopt the ‘us and them’ approach that suits their political aims. Nationalists would do well to remember the benefits of the Union. And foremost among them, for me, is our military.

As a Welsh woman – the first ever female Conservative MP representing a Welsh constituency and the only sitting female MP with a regular military background – it would be remiss of me not to argue that the military is the cornerstone of our United Kingdom. Being a veteran myself, with a military family and a large veteran population in my constituency, championing our Armed Forces community was high on my agenda after being elected in 2019. As a passionate Unionist, it seems obvious to me to use the military as a vehicle to promote the strength of our Union and the opportunities that it brings.

Today, each nation within the United Kingdom has a proud individual identity – but too often this can be used to feed separatism and division. The defence sector, however, bridges these divides and has stood the test of time against growing nationalism. The military is an institution which has been steadfast in its loyalty to protecting our Union – and, more importantly, the people within it – while celebrating the individualism of each of our four nations. It is the epitome of Unionism and, more than that, it is good for our Union and we should celebrate that. No one can deny the crucial role of the military in the fight against Covid-19, which is a prime example of its importance to our Union. The Armed Forces delivered food parcels to those shielding, set up testing centres and facilitated the rollout of the vaccine. Our Oxford/AstraZeneca vaccine, produced in England, bottled in my constituency in Wales, trialled in Northern Ireland and rolled out in Scotland, was supported by the military throughout.

There is no nation-bias when it comes to our Armed Forces: there was a job to be done to protect the entire UK from this invisible enemy and that is exactly what they did, while displaying the Union Flag on their uniform.

Moreover, the military is a constant emblem of our Union, with the various units proudly maintaining their national and cultural individuality. The Welsh Guards are a good example. While they are the ceremonial guardians of the royal palaces, they fiercely uphold their Welsh roots. Many a Welsh MP has courageously eaten a raw leek at mess dinners, under the scrutinising gaze of the troops. The Royal Welch Fusiliers, ‘The Welsh Warriors’, once based at Hightown Barracks in my constituency of Wrexham, are steeped in history dating back to 1689. Although there is now only a residual military presence at Hightown, the military legacy is deeply woven into Wrexham’s fabric and, with that, the ties to the Union. However, if the nationalists get their way, this history – and the bonds that tie our four nations as one country – would be dismissed to the four winds. Therefore, it is incumbent on us Conservative MPs with seats in devolved nations, with nationalists nipping at our heels, to keep our military heritage alive. The military can and does celebrate the different nations’ identities within the UK while remaining loyal to the Union. This begs the real question as to why some political parties cannot accept the fact that you can be a proud Scot, or a proud Walian, while still being a patriotic Unionist. You can be both – as I am. Not only is our military refreshingly apathetic to nationalism in its uncompromising delivery of our country’s defence, but it also proves its significance for the Union in defence procurement, recruitment, job creation and disaster support across the UK.

The military is one of the largest employers in the UK, with a total strength of nearly 200,000 service personnel. But more widely, the defence sector provides countless jobs in all four nations of the UK, which is essential for our employment and Levelling Up agendas. As a member of the Defence Select Committee, I recently had the privilege of visiting the aircraft carrier HMS Prince of Wales. Although now based in Portsmouth, she was built at Rosyth Dockyard in Scotland. Built in Scotland, based in England and now serving our Union.

We have a large military footprint in Wales, too, with defence creating over 4,000 jobs in the military supply chain such as at Qioptiq in north-east Wales. The defence procurement sector is a perfect example of the significance of the military to the Union: we have the best military in the world and some of the best equipment in the world, made and assembled in the UK. It would be simply impossible to have the best in the world, if we did not combine the talents of the people across the UK. As a veteran, I have a personal interest in supporting others who have served in our Armed Forces. One of my biggest concerns, and where the devolved administrations fail our ex-service personnel, is with the disparity of veteran services. In Wales, health is a devolved power. This has resulted in a gap in the level and accessibility of services for a veteran in Wrexham versus, say, a veteran in Chester, only four miles away across the border. There is no disparity in what we expect of our service personnel on the front line, so we should not allow postcodes to be a barrier to the service we provide them when they leave the Armed Forces. Another example is that a veterans’ commissioner exists in Northern Ireland and Scotland but not in Wales.

And although the UK Government has the Office of Veterans’ Affairs, it has no powers to provide veteran services in Wales. The result is that veterans living in the devolved nations often receive a diminished level of support. The military doesn’t subscribe to nation-bias, and neither should we when providing services for those who have served this country.

The military is the cornerstone of the Union and we, as Unionists, should capitalise on this as we face the bellicose voice of separatism. Service personnel, military contractors and defence companies in Wales, Scotland, Northern Ireland and England are essential for the effective and continued defence, security and protection of the whole of the UK. We should champion the contribution made by all four home nations that make our Armed Forces the best in the world.

A comprehensive trade agreement with New Zealand will cut red tape for businesses, end tariffs on UK exports and create new opportunities for tech and services companies, while making it easier for UK professionals to live and work in New Zealand.