Standing up for residents' noise concerns 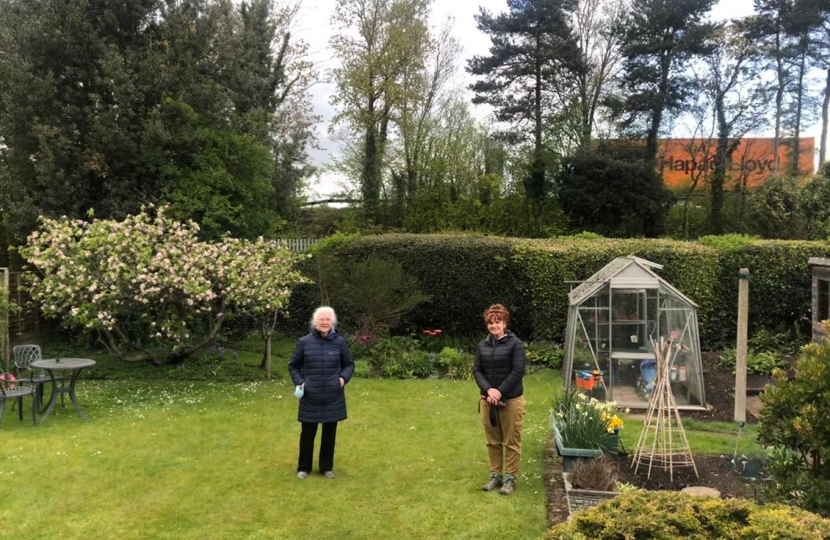 Earlier this year, I met with residents around Ty Gwyn lane in Garden village to discuss their concerns about road noise following the felling of roadside trees. This meeting followed earlier correspondence my office from residents in relation to the removal of trees along the bypass, which had resulted in increased noise and visual pollution. Significantly, residents also informed me that they had not been notified of the felling of these trees, leaving them frustrated with the lack of consultation and warning.

Following this, I have been advocating on behalf of these residents by raising their concerns with the Welsh Government Ministers. In correspondence, I have called for greater screening along the road - technology that is in place along many other stretches of road in Wales - and consideration of the installation of 'whisper tarmac' in due course, which would reduce noise levels considerably.

"We have lived in Hampshire Drive for over twenty years and never before have we experienced the levels of noise pollution that we are now experiencing following the felling of these roadside trees. The lack of consultation with residents when the trees was originally felled was concerning, as is the lack of action now that we have raised our frustrations at local and Welsh Government level.

"The Welsh Government have continued to ignore our concerns and frustrations, despite the fact that mitigation measures and improvements are possible.”

Another resident, Ida Turley, told me:

"Despite representations from residents, seriously concerned about the several unhealthy aspects of living by such a busy road - the visual impact, the constant noise, the pollution - nothing has been done to alleviate the problems. After well over 40 years of enduring these conditions we are told that other areas have higher priorities for noise and visual pollution abatement measures.

“Most frustratingly, all the ‘replies’ from Cardiff repeat the same monotonous jargon. They do not in fact reply to the points made and we are continually being fobbed off."