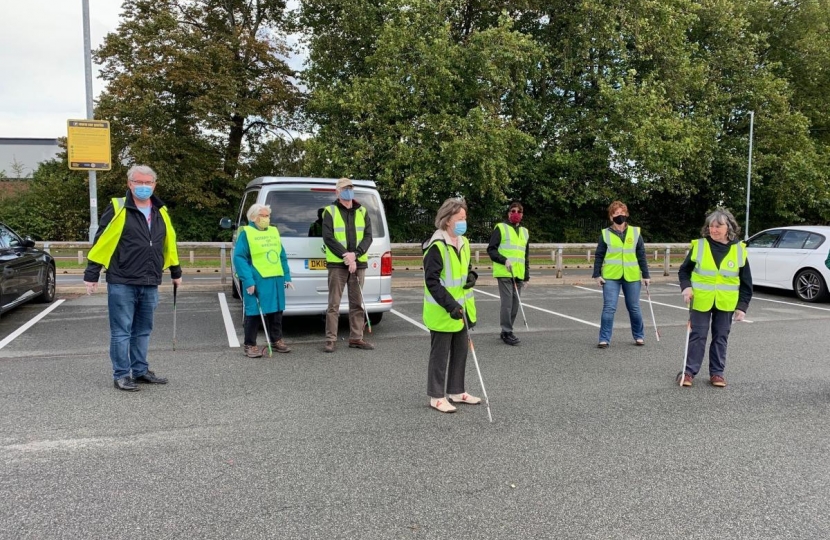 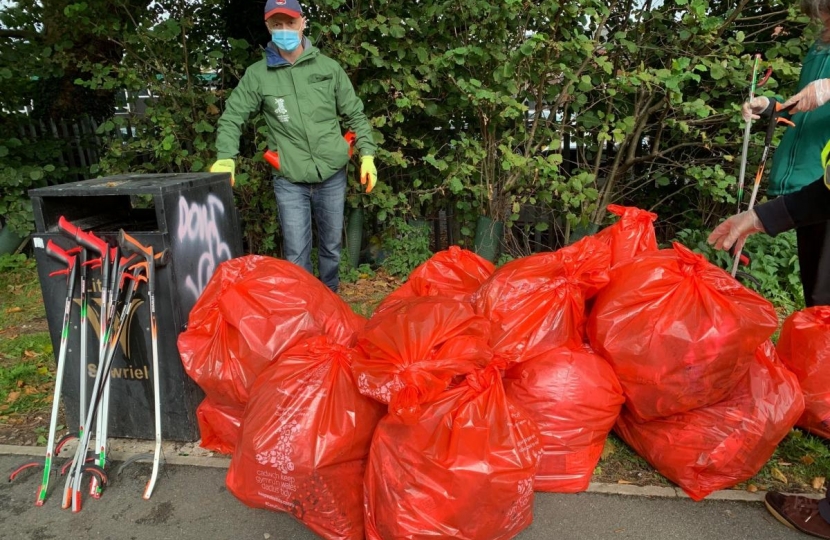 The Great British September Clean is a nation-wide campaign which ran from 11 to 27 September, which saw volunteers from all around the country coming out to help keep Britain tidy.

In Wrexham, Jane Wedley alongside members of the Rotary Passport Hub, organised a litter pick working on the public footpath from Watery Road to Wrexham Maelor Hospital. Between them they collected over 20 bags of rubbish in just two hours.

"It was wonderful to join this group of hardworking volunteers to help keep Wrexham tidy. This is a fantastic initiative, and I'd like to thank Jane for organising it and all those who came out to lend a hand.

"I look forward to working with the Rotary Club in the future on some of the exciting projects they have planned."

"The newly formed Passport hubs have a number of initiatives that are currently being worked on, for example recipe food boxes locally and collecting no-longer needed laptop computers which will be fitted with specialist software for blind students and shipped to them in The Gambia."