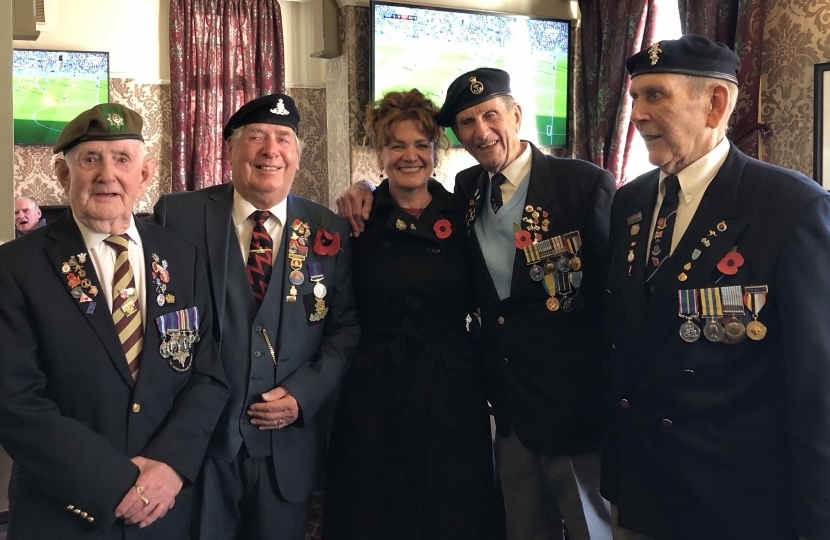 Wrexham's MP has pledged to be a 'strong voice' for veterans.

Sarah Atherton MP has been elected as the Vice-Chair of the All-Party Parliamentary Group for Veterans.

Since her election in December 2019, Ms Atherton said she has been a strong voice for veterans and Armed Service personnel in Wrexham and Westminster.

In February, the Wrexham MP was elected onto the Defence Select Committee and is a member of the All-Party Parliamentary Group for the Armed Forces.

Since her appointment to the Committee in February, she has called for the introduction of a veteran’s railcard in Wales, and for the abolition of Visa fees for Commonwealth Military personnel.

Commenting on her appointment as Vice-Chair, Ms Atherton said:

“As a former soldier, I am committed to supporting our veterans for the valuable contribution they’ve made to our country.

“I am incredibly honoured to have been appointed at the Vice-Chair for the All-Party Parliamentary Group for veterans. I look forward to working cross-party with colleagues in Westminster to be a strong voice for Veterans in Westminster.”

Thank you to all those who have been working overnight to respond to the flooding across Wrexham, in particular our emergency services and WCBC.

Dŵr Cymru have produced the helpful infographic below to explain what you should do in the event of flooding.