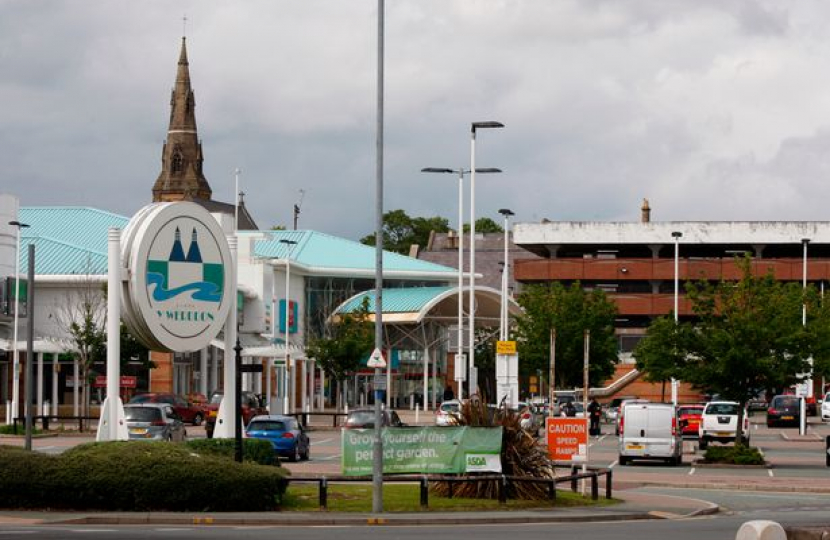 Millions of motorists are set to benefit from a major government crackdown on rogue parking firms which will see fines slashed and a clearer and fairer appeals system created. A new package of measures announced today (7 February 2022) will protect drivers from unfair and extortionate charges, with a new Code of Practice to help keep cowboy private parking firms in check.

The government’s Parking Code of Practice will see parking fines cut by up to 50% in the majority of cases, saving motorists millions of pounds each year. In England and Wales, charges will be reduced from £100 to £70 or £50, depending on the seriousness of the breach. Private firms which breach the new Code could even be barred from collecting fines from motorists at all.

You can find out more about the announcements here.

Last year, I launched a survey to assess parking options in Wrexham, during which she heard about the issues many in Wrexham face when parking in the town. Sixty-seven per cent of respondents to my survey said that they were not satisfied with the parking options in Wrexham, and many commented on the sharp practices of private car parking firms, like Euro Car Parks who manage Wrexham’s Island Green car park. Respondents to the survey commented on the cost of parking at Island Green, receiving unfair fines from Euro Car Parks and about the complicated process when looking to appeal fines.

Since becoming the MP for Wrexham in 2019, I have heard from many constituents who have had concerns about the sharp practices of private car parking firms, such as Euro Car Parks. Wrexham Council, led by the Leader of the Council Mark Pritchard, have done much to try to curb the excesses of Euro Car Parks, but concerns have persisted. This is why I launched the parking survey to hear from residents directly.

Following the survey, I have been raising the results of my survey in Parliament to highlight the issues that Wrexham residents face. I have made clear that poor parking options and the actions of rogue private parking firms can directly impact on town centre footfall, and I am pleased that the Government have listened to me – and you – and are taking action.

Alongside the continuation of the Council’s ‘free after eleven’ scheme, which followed the evidence I provided to them, this is another win for Wrexham which I really welcome.

“The new Code of Practice will set out a clear vision with the interests of safe motorists at its heart, while cracking down on the worst offenders who put other people in danger and hinder our emergency services from carrying out their duties.”

“The RAC has campaigned for years to end the sharp practices in the private parking sector, so we welcome the new national code that will usher in higher standards and will introduce a lower cap on penalty charge notices, an independent appeals system and an end to rip-off debt collection fees. This will undoubtedly make drivers’ experience of using private car parks fairer while at the same time force rogue operators to clean up their acts once and for all.”