Politics Live: 'Going into Parliament was like joining the army - but in Hogwarts' 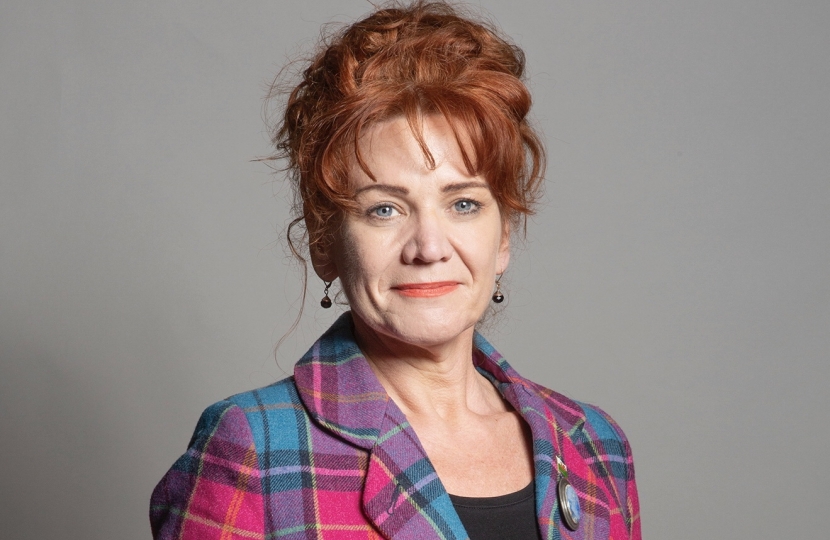 Military veteran, nurse, Brexiteer and now the new Conservative MP for Wrexham – Sarah Atherton talks about life in lockdown, real ale, and why her time in public service solidified her politics

Intergenerational living can be frustrating at the best of times. Throw in the added complexity of an effective lockdown, and tensions in households can rise. Sarah Atherton, the Conservative MP for Wrexham, is one of those residing with members of her family. While at times it has been “challenging”, it has allowed her to get her head around the new virtual life for a Member of Parliament. “It’s a good job I have younger people at home,” she says. “This is where intergenerational living actually works.”

MPs such as Atherton have faced something of a rude awakening since being elected for the first time in 2019. Fresh from floods at the start of the year, and enacting Britain’s exit from the European Union, they now have a global pandemic to contend with.

In that time, Atherton – who became one of the first woman Conservative MP in Wales, along with Virginia Crosbie and Fay Jones – has also been chosen as a PPS to the Wales Office. An army veteran, she has also been elected to the Defence Select Committee.

For the newbies, they have been firefighting while simultaneously trying to set up their offices. Atherton now has five members of staff, after beginning the crisis with two and no constituency office to speak of. “We’re not far from 100 days,” she notes. “The workload in the constituency has gone up about threefold,” she adds. “Not only the quantity of work but the complexity of what we’re getting as well.”

All the while, Atherton continues to wait by the phone to see if she can put her experience to good use.

For many years, Atherton worked as a nurse. Early on, she applied to join the temporary nursing register to help out during the pandemic. While she waits to get the call up, she has volunteered with the PPE hub in her constituency, where she makes 3D visors and helps source other equipment. She stands ready to return to the frontline. “I’d been waiting for weeks to return to the frontline but now have commenced my COVID re-training."

Born on 15 November 1967, Sarah Atherton grew up locally. Her father was from Chester and her mother from Caernarfon. Her earliest memory is of playing on Black Rock Sands beach in Porthmadog. The best piece of advice she has ever received is: “Family means everything.”

She left school at 16 and signed up for the army around two years later, serving in the Intelligence Corps. Her time in the military instilled a fear of being late and taught her teamwork, resilience, adaptability, planning, and preparation. “I used to listen-in to what was Czechoslovakia during the Cold War. That’s about as exotic as it got,” she says.

Atherton left the military to start a family. She raised her son as a single parent.

She trained as a nurse at Bangor University, later becoming a district nurse. After nearly 15 years, she moved into social work. “The two skills have really served me well in my career. I double hat; there are a few of us around – not many – who carry both of those skills, in health and social care, it’s all one package,” she says.

Atherton became political relatively late on. “I’ve always been too busy to be politically orientated. I’ve always voted, always will do and should do as a woman, but I never really took on a political stance,” she says.

Asked how her friends would describe her in three words, Atherton responds: “Practical, sassy, straight forward.” She says her parents and life experience bequeathed a Conservative disposition. “As a single mum, life was not always easy for me. It was about always trying to make the best of the situation and to improve on it,” she says.

“We did a lot of work around schoolwork, so he could have a better life than me. It’s about aspiration, it was about putting yourself out there and going for it, trying to improve the situation, being a good person, being a good neighbour, helping your community.”

She adds: “Along with my public life experience as a nurse and a social worker, I’ve always seen how people want to improve their situation, not accept it. In some ways, that’s consolidated my values as a Conservative.”

Atherton also had a dalliance with the private sector. A member of Camra – the Campaign for Real Ale – she teamed up with like-minded folk to set up a microbrewery. They had premises in Wrexham, and would distribute the kegs to pubs in north Wales and Cheshire.  “I like beer, I like real ale, I appreciate the role that pubs play as social hubs in our community,” she explains.

“I did it mainly for fun, not for anything else. But it did generate some income, and that linked into what I was saying about being a single parent. I was always striving to improve my situation, to get money so we could buy a house, go on holiday once a year, keep the car running."

Asked if she has any secret talents, Atherton replies: “Drinking a pint without taking a breath.”

Atherton, a passionate Brexiteer, was elected as a local councillor in Wrexham in 2017. A year later, she ran for the Welsh Assembly in Alyn and Deeside, finishing second on 25.4% of the vote, around 6,500 votes shy of the Labour candidate, Jack Sergeant. She won Wrexham from Labour in December by more than 2,000 votes.

As for why she entered politics, Atherton says: “I had skills in nursing and social care and I felt I could offer a lot. I could relay people’s stories upwards. I was feeding information trying to change policy for the better.”

Intriguingly – and perhaps refreshingly – Atherton sites former Labour MP Frank field as a politician she admires. “I always looked up to Frank Field. Not necessarily because of his politics, but I do respect the fact that everybody has a right to an opinion,” she explains.

“Frank Field I thought was an excellent constituency-based MP and was well thought of."

With her son’s assistance, Atherton continues to adjust to the new reality for MPs. While she welcomes the measures introduced in the hybrid Parliament, she prefers the more analogue way of working. “I don’t think it will ever replace face-to-face meetings, but it is a level of scrutiny that we haven’t had for a number of weeks. It is a starting block and we can build on it,” she says.

“But that has to be based on the UK Government’s interpretation of the whole situation. So, they not only have to take scientific evidence and advice into account, but also have to look at the economic and political issues. They also have to look at people, and how people respond to these sorts of situations. The Government has to make a collective decision.”

Atherton insists that her political aspirations start and end with being a good constituency MP. She is proud to be the first Welsh woman Conservative MP and the first sitting female MP veteran with a regular service background. Her PPS role and position on the select committee have been much welcome additions. But she adds: “So, no, just the way I am for now, thanks very much.”

GETTING TO KNOW YOU

What habit annoys you in other people?

“Using their knives to cut butter. I hate crumbs in butter.”

What is your biggest fear?

What’s one you thing you’ve done once that you’ll never do again?

If you could have one superpower, what would it be and why?

“I’d like to fly, because sometimes it would be nice to get away, look down on everything and get perspective.”

If you became prime minister, what is the first thing you would do?

“I would have all my friends and family to a barbecue in the back garden of No 10.”