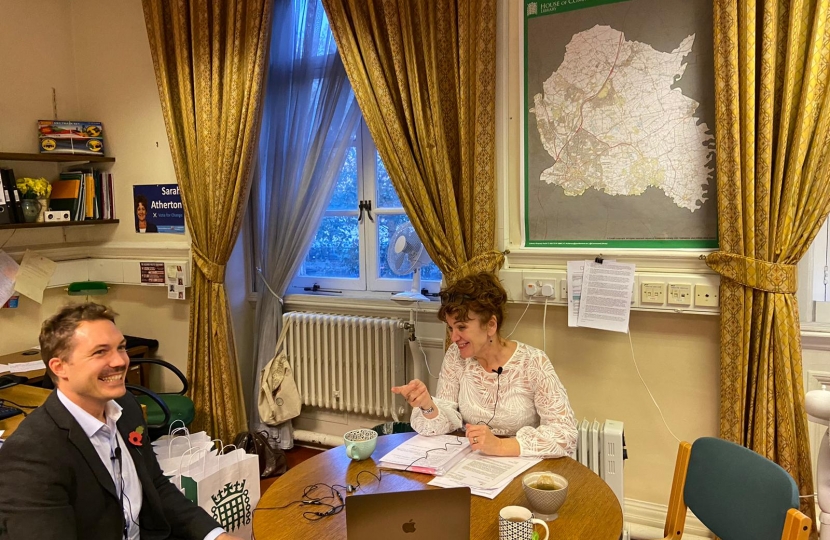 This month’s Conservative Friends of the Armed Forces podcast features three Parliamentarians each with their own insight and focus on the Armed Forces. First we hear from Sarah Atherton MP, then Mark Menzies MP and finally the Party Chairman, Amanda Milling MP.

Sarah Atherton is the first Conservative MP Wrexham has had since the constituency’s creation in 1918. She is the first female to represent Wrexham and the first female Conservative MP elected to Westminster representing a Welsh constituency. As an Army veteran and member of the Defence Select Committee, Sarah has frequently spoken up for the rights of military personnel and has called for the end of vexatious claims against veterans. In addition, Sarah has recently been appointed as Vice-Chair to the All-Party Parliamentary Group for Veterans. She has also been appointed as the Parliamentary Private Secretary to the Wales Office.

Mark Menzies was first elected in 2010 as the Conservative MP for Fylde, winning the seat for the fourth time in the General Election of 2019. His main political priorities are UK energy security, changing the planning system to empower local communities and limit inappropriate development and ensuring a vibrant future for the defence industry within the UK. He has undertaken the Armed Forces Parliamentary Scheme and is a vocal advocate for the defence sector within the Party and the wider political sphere. (Mark's interview was conducted in mid October).

The Party Chairman Amanda Milling has a background in market research for the financial services sector. She was elected to Parliament in 2015 and represents the constituency of Cannock Chase. She has served on numerous Committees and Sub-Committees, been PPS to the FCO and was Deputy Chief Whip. She became the Party Chairman in 2020. Amanda has taken part in the Armed Forces Parliamentary Scheme and sites the Armed Forces, along with Business and enterprise and education and young people as her main areas of interest.

November is the month of Remembrance and we would be grateful if you are able to contribute to the Royal British Legion fundraising efforts this year.

Please go to https://www.britishlegion.org.uk/get-involved/poppy-appeal to find out more and donate.

If you have enjoyed this podcast why not consider becoming a member. Visit www.cfarmedforces.org for more information.