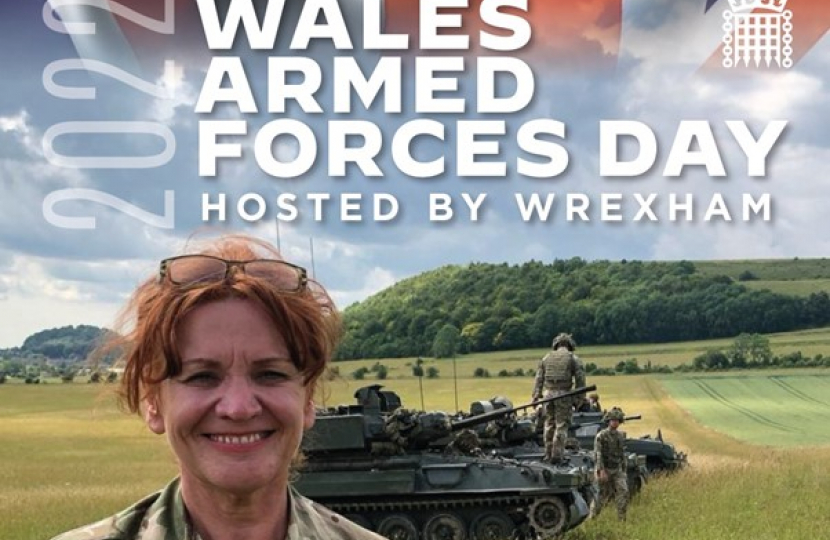 I am extremely excited about Armed Forces Day in Wrexham and the events planned have exceeded all expectations!

Tomorrow, there is a ruby match between Wrexham RFC and 1 Yorks RFC. The game will kick off at 2:30pm with the Royal Welsh Corps of Drums Association leading the teams onto the pitch!

Ahead of the weekend celebrations, from the 13-18 June you should head down to Ty Pawb which is hosting an exhibition that celebrates the 80th anniversary of the Battle of Britain. The exhibition will tell the story of the Battle of Britain and allows us to remember the courageous 68 Welsh aircrew that fought and the 17 Welsh pilots who were killed in action during the battle.

For Armed Forces Day on 18th June, Wrexham has a host of exciting events on offer. Events start at 10:00 am with a march starting at Bodhyfryd, led by the Royal Welsh Band. Representatives of all three forces will be marching and will be accompanied by cadets and veterans from North Wales.

Entertainment during the day will be provided by the wonderful Ifton Colliery Band, Rhos Male Voice Choir, Royal Welsh Band and The Big Beat.

See you all there!

As a Wrexham local, when I was elected I wanted to make sure that the views of people in Wrexham were represented in Parliament and that Wrexham was put back on the map.