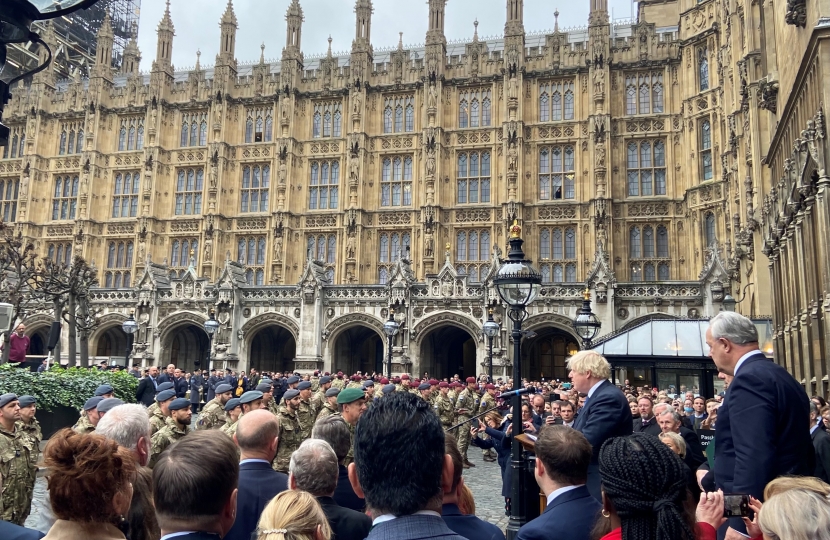 I was an honour to be invited to attend the Operation Pitting parade and reception in Parliament today to celebrate the brave work of our servicemen and women during Op Pitting, the British military evacuation of Afghanistan in August. As part of the event, 120 members of the Armed Forces involved in the evacuation mission paraded through Westminster, where the Prime Minister, Boris Johnson, the Speaker of the House of Commons, Sir Lyndsay Hoyle, and the Speaker of the House of Lords, Lord McFall of Alcluith, addressed the forces. This was followed by a parliamentary reception in Westminster Hall, part of the Palace of Westminster.

During the military operation in August, over 15,000 people were airlifted to safety using specialist Armed Forces teams as the Taliban claimed back large parts of Afghanistan. The Op Pitting mission also saw the biggest airlift in Royal Air Force History.

Given the importance of the mission, and the hard work put in by all involved, I was grateful to be able to show my gratitude and respect, and to thank many of the servicemen and women involved in the operation during the event.

You can find out more about the event here.