Levelling Up Fund Extension To Wales 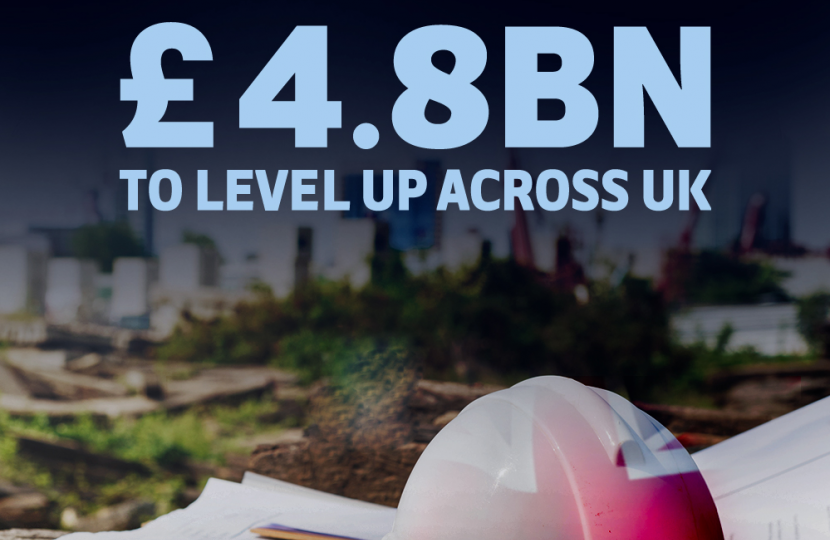 A multibillion-pound fund to level-up opportunities is being extended so that people in every region and nation of the UK can benefit, it was announced today. Taking this UK-wide approach makes sure that the UK Government can target funding more efficiently and responsibly between different parts of the country.

Chief Secretary to the Treasury, Stephen Barclay, said that communities in Scotland, Wales and Northern Ireland will now all benefit from at least £800 million of investment by the UK Government for town centre and high street regeneration, local transport, cultural and heritage projects.

The Levelling Up Fund, which was announced at the Spending Review, will invest in local infrastructure that has a visible impact on people and their communities. It will run from 2021/22 to 2024/25, and drive regeneration in places in need, those facing particular challenges, and areas that have received less government investment in recent years. Because such places exist across the UK - including in Scotland, Wales and Northern Ireland - this support is being extended across the whole of the United Kingdom.

The initial £4 billion  will now be made £4.8 billion as the scheme becomes UK-wide. Making the Levelling Up Fund UK-wide will enable the government to provide the same support to communities in all parts of the UK as we build back better from Covid.

This extension of the fund is a further example of the UK Government's continued support for Wales. Since 2015, the UK Government has invested billions in local growth funding. In North Wales this has included committing funding to the North Wales Growth Deal, which will create up to 4,200 new jobs by 2036, support an uplift of £2bn-2.4bn for the economy and deliver total investment of up to £1.1bn.

"When I entered Parliament in 2019 I promised that a Conservative Government would put the interests of Wrexham and North Wales at its heart. For too long the Welsh Labour Government have let North Wales down and I am therefore pleased to hear that the UK Government will be pumping even more cash into Wales."

“We are committed to levelling-up opportunities right across the United Kingdom so that all communities can benefit from our future prosperity. Our levelling-up fund will back local projects to improve everyday life for millions of people and we look forward to working with all areas to boost local economies.

“By extending the levelling-up fund to be UK-wide, we are ensuring that no community in the United Kingdom is left behind.”

“This represents a significant investment in Wales and is testament to our determination to level up the whole of the UK.

“The UK Government has supported hundreds of thousands of people and businesses in Wales through the pandemic. As we begin our programme to build back better we will target investment where it is needed most, directly benefitting communities across Wales.”