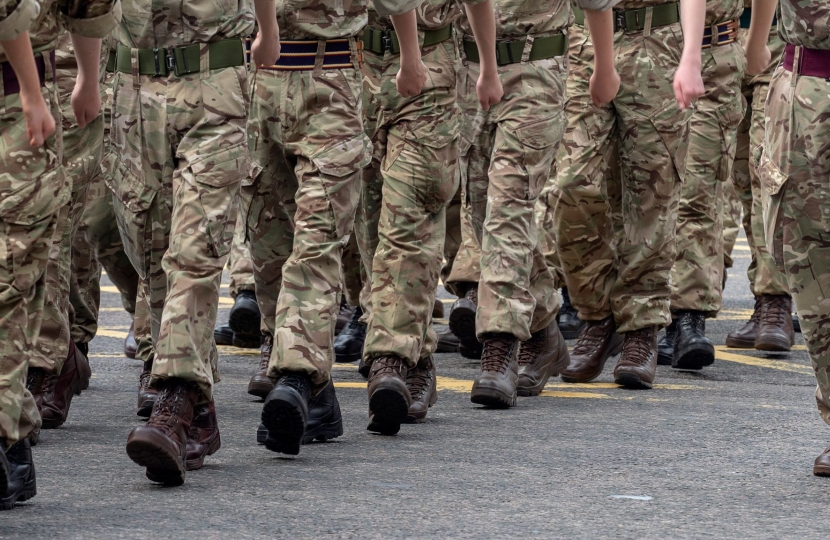 Veteran and Vice-Chair of the All-Party Parliamentary Group for Veterans, Sarah Atherton MP, has been vocal of her support for the landmark Overseas Operations Bill, which will  ‘combat the cycle of reinvestigation and vexatious claims against those who have fought for our country'.

The Bill has successfully passed all three readings in the House of Commons and is now being scrutinised in the Lords and will soon be given Royal Assent.

Commenting on the Bill ahead of Remembrance Day, Sarah Atherton said:

"As we approach Remembrance Day, it is important that we not only look to the past to pay tribute to those who sacrificed their lives in defence of our freedom, but how we can actively support our former and current Armed Forces personnel today.

“We can do this by recognising the unique burden placed on our serving men and women and stopping the cycle of vexatious claims over historic allegations abroad.

“Sadly, we cannot rewrite history. But with the Overseas Operations Bill we will put things right for future personnel, ensuring that they do not fall victim to the stresses and strains of late and repeated allegations.”

This landmark piece of legislation will help to reduce the uncertainty faced by our service personnel and veterans. It also looks to the future, providing a better legal framework for any future overseas conflicts, recognising the unique burden and pressures placed on our personnel. It has been widely accepted amongst the Armed Forces Community.

Addressing the House of Commons during the Bills third reading, Sarah Atherton said:

"Over the past few months, I have spoken to a significant number of serving personnel and veterans about the Bill.

“What sticks in my mind are five soldiers who specifically told me about their experiences of being investigated through Operation Northmoor and the Iraq Historic Allegations Team. All were vexatious claims and four left the service as a direct consequence of their treatment—exemplary soldiers all feeling let down and betrayed. All five believe the Bill would have protected them in some form, and they all welcome its introduction.”

“Many troops have been subject to vexatious and damaging allegations, and have suffered miserably because of repeated investigation.

“As a former soldier I would say that a bill which protects our troops from vexatious claims, which have an adverse impact on mental health and morale is to be much welcomed.

“British Forces are amongst the best trained in the world. They deserve and should be able to expect the support and safeguards so they can carry out their duty, especially during conflict, without fear of vexatious retribution.”