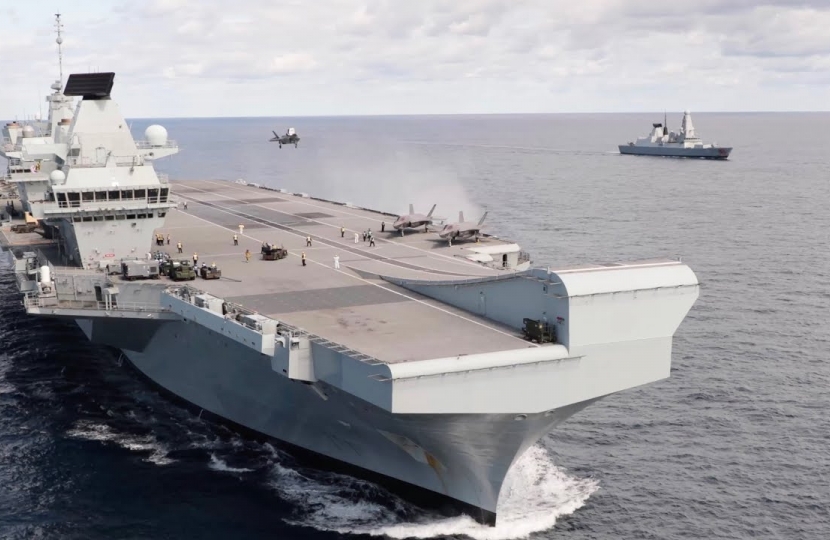 Today, the UK Government released its findings from the Integrated Review, the most comprehensive review of the UK’s defence, security, development, and foreign policy since the Cold War. The conclusions from the review will create a framework for government policy in the coming decade, enabling the UK to forge new partnerships and shape a more open international order. Significantly, I firmly believe that the review sets out a vision for a strong, secure, and prosperous UK and I welcome the vision that the Prime Minister has set out.

Firstly, the review defines what the idea of 'Global Britain' really means, concluding that:

The Review also made conclusions on our national defence, finding that:

Throughout all of this, the UK Government will also harness the strength of our nation and the Union by:

The review is most definitely a bold, assertive and positive view of the UK's position in the world. It is right that it looks outward, towards the opportunities the UK now has to play a global role and the potential for increased multilateral thinking and actions. However, it is also right that it takes a realistic tone on aspects of international affairs such as the increased assertiveness of certain state actors and the growing importance of new economic spheres.

I am particularly pleased with the Unionism that is woven at the heart of it. Wales is an outward looking nation and I know that many in Wrexham will welcome the contents of the review and the implications of it. Take the defence investment for one; this investment will create prosperity across the whole of the United Kingdom and I am sure that Wrexham and North Wales will be a beneficiary of this. Indeed, I also know that the 'Global Britain' agenda brings real opportunities for improvements at home, through economic investment and business development, which many constituents in Wrexham will be pleased to see.

Improving Wrexham's transport structure to operate like the capital of North Wales.