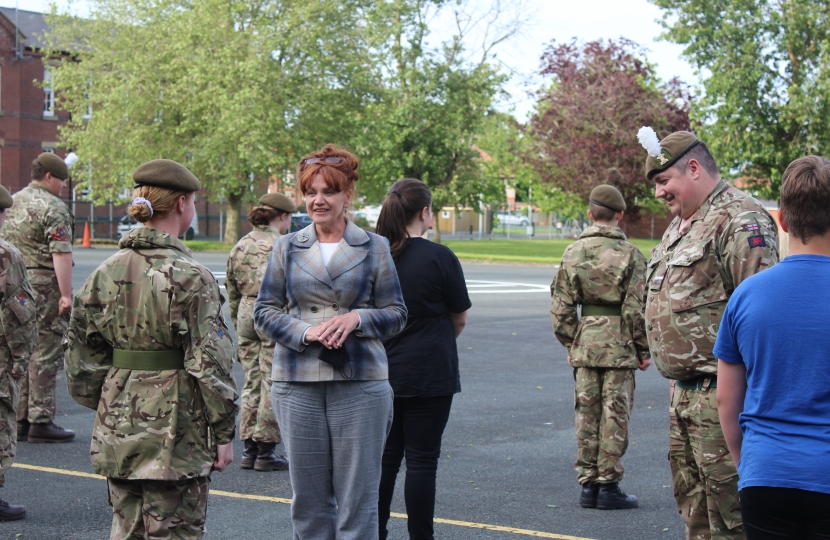 Today, in a statement to the House of Commons, the Secretary of State for Defence, Ben Wallace MP, announced that Hightown Barracks in Wrexham would receive a new Reserve company of the 3rd Battalion The Royal Welsh. This announcement came as part of the British Army’s future restructuring plans, initiated by the Defence Command Paper which was announced earlier this year.

Alongside this news for Wrexham, it was also announced that the Army estate in Wales would see an increase in size, with an overall investment of £320 million from the Ministry of Defence. Wales will also see the return of the ‘Welsh cavalry’, The Queen’s Dragoon Guards, to Caerwent Barracks and the retention of The Brecon Barracks. This, the UK Government estimates, will deliver £1 billion of prosperity to Wales.

This is brilliant news for Wrexham and is the next step in the regeneration of Hightown Barracks. Once earmarked for a housing development, the Barracks will now be full of life again, which should be welcomed across our town. Wrexham has a proud military history, which brings our community together so I look forward to seeing the positive impact this announcement will have, and to sharing the success with the Secretary of State when he visits!

Significantly, the wider increase in investment across Wales and the positive impact on our economy this will result in is a welcome vote of confidence in Wales and its role in our Armed Forces. Indeed, alongside the recent news that Wales will also get a Veterans Commissioner, funded by the UK Government, it is clear that this Conservative Government is intent on supporting our Armed Forces and veteran communities.