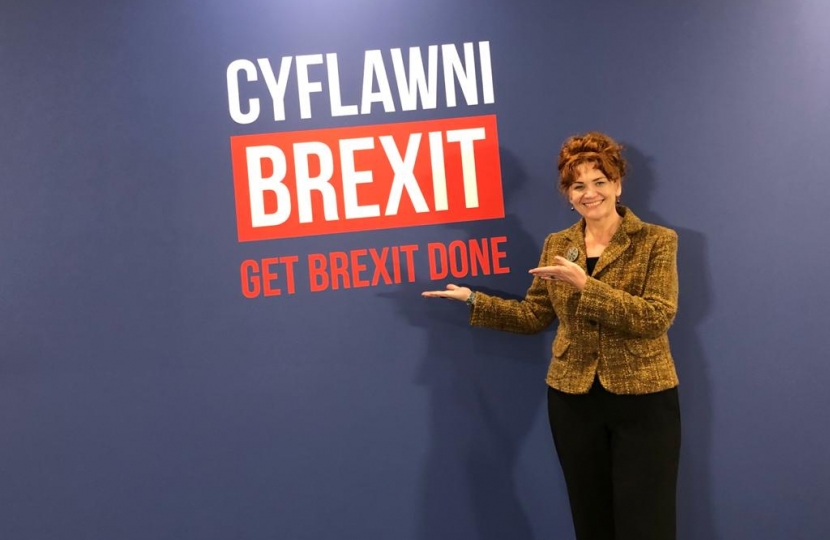 On Wednesday 30th December MPs voted on Boris Johnson’s UK-EU Post-Brexit deal. Amongst those who voted in favour of the deal was Wrexham’s local MP, Sarah Atherton.

Members of Parliament, who were recalled from their Christmas recess, voted in favour of the agreement by 521 to 73.

Speaking of her delight following the passing of the deal, Sarah said:

“This deal represents a new chapter in our nation’s long history and delivers on the promises made to the British people at the last election. This deal takes back control of our laws, borders, money, trade and fisheries, and ends any role of the European Court of Justice. Opening new trading opportunities globally, whilst also protecting the integrity of the UK internal market and Northern Ireland’s place within it.

“It has almost been 4 years since the people of Wrexham voted to leave the EU. Since that decision, there has been much delay and uncertainty. We are now presented with an opportunity to put an end to the political divide over Leave and Remain, and to move our country forward.

“This pandemic has shown the adaptability and resilience of us as a nation, and I am optimistic about the opportunities that lay ahead for Britain in 2021.”

The deal, which has been negotiated in record time, represents the biggest bilateral trade deal signed by either side, covering trade worth £668 billion. This is in addition to the existing trade deals already signed with over 60 countries across the globe.