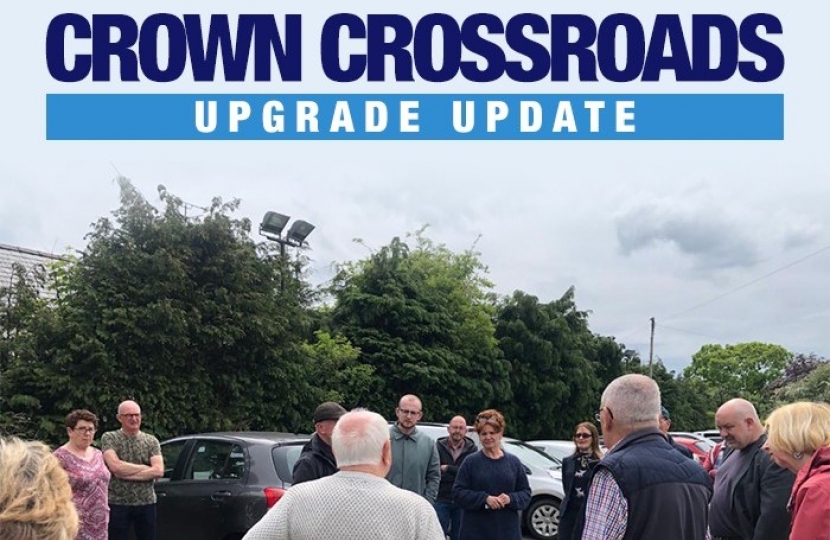 Earlier this year, I met with residents in Llay to hear their thoughts on the lack of action on the proposed Crown crossroads upgrade in Llay. During the consultation, I heard how residents were frustrated and concerned at the fact that the promised upgrades had not yet happened, causing congestion and air pollution issues at the junction.

Following the consultation, I wrote to the Chief Executive of Wrexham County Borough Council, to outline the frustrations of Llay residents, to call the Council to action “as a matter urgency” and to ask the Council to take “a lead in supporting residents”.

I am pleased to have now received a response to this from Darren Williams, Chief Officer for Environment and Technical at Wrexham Council, who offered reassurances that the crossroads would be undergoing improvements in “the next few months”. Mr Williams added that the Council were “agreeing ‘technical approval’ for the improvements”, which would allow the developers to begin the work.

Furthermore, I have also now met with the developers, Anwyl and Bellway, at the site to discuss the next steps in the development. During the meeting the developers were grateful for my intervention, noting that up until now there had been little progress from the Council on the matter.

I am now looking forward to seeing the Council's assurances become concrete action, which will allow the work on the junction to begin. I know that many in Llay are tired and frustrated by the saga, so the sooner this is completed the better and I will continue to stand on the side of Llay residents to make sure this happens.