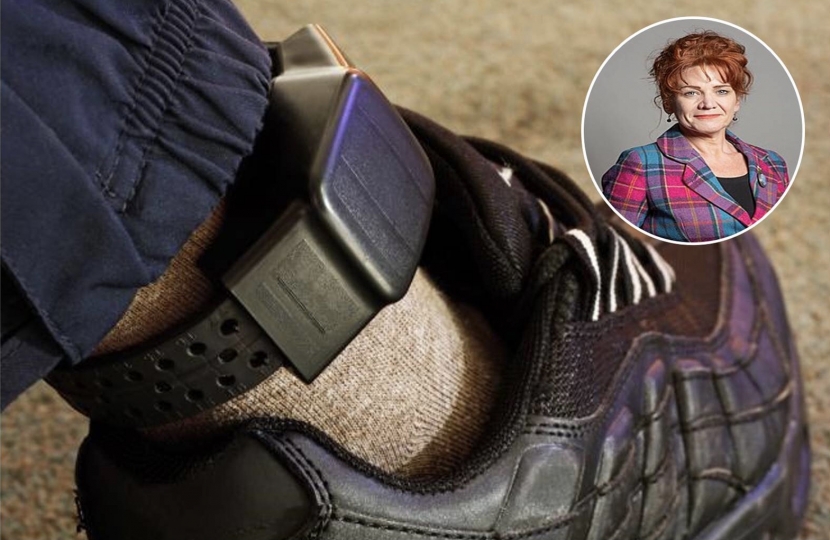 Criminals in Wales who commit alcohol-fuelled crimes can be banned from drinking and ordered to wear a ‘sobriety tag’ by judges from today (Wednesday 21 October) and will be extended to England early next year.

The tags monitor offenders’ sweat every 30 minutes and alert the probation service if alcohol is consumed. Not complying with their alcohol abstinence order – new powers allowing courts to issue drinking bans for up to 120 days – could see them back in court for further sentencing or facing fines.

“This is one of the latest steps taken by this Government to crack down on crime by making community sentences more robust and making criminals less likely to re-offend.

“Alcohol is a factor in around 39% of violent crimes, and is one of the driving influencers of domestic violence and unprovoked attacks on strangers. The sobriety tags will help offenders improve their lifestyle and rein in their drinking which will contribute towards lowering reoffending rates, making our streets safer and supporting those who need help.”

“All too often we see the devastating effects of alcohol-fuelled behaviour, reckless crimes and casual violence which blight our neighbourhoods and the lives of too many victims.

“This proven new tool can break the self-destructive cycle that offenders end up in, helping them sober up if they choose to and the courts to punish those who don’t.”

The scheme follows two successful pilots in London and across Humberside, Lincolnshire and North Yorkshire which showed that offenders were alcohol free on over 97% of the days monitored. Wearers also reported a positive impact on their lives, wellbeing and behaviour.

The tags alert staff when they have been tampered with and can distinguish between drinks and other types of alcohol – such as hand sanitiser or perfume. They work 24/7 and can also tell if someone tries to block contact between the tag and their skin.

The Government’s plans to overhaul sentencing will see dangerous offenders spend longer in prison, while greater efforts are made to tackle the root causes of offending. More support will be on offer for those willing to turn their back on crime through treatment for mental health issues and addictions. Supervision of offenders in the community will be improved with greater powers for probation officers and increased curfews. The Government also plans to use GPS tags to track burglars, robbers and thieves when they are released from prison.