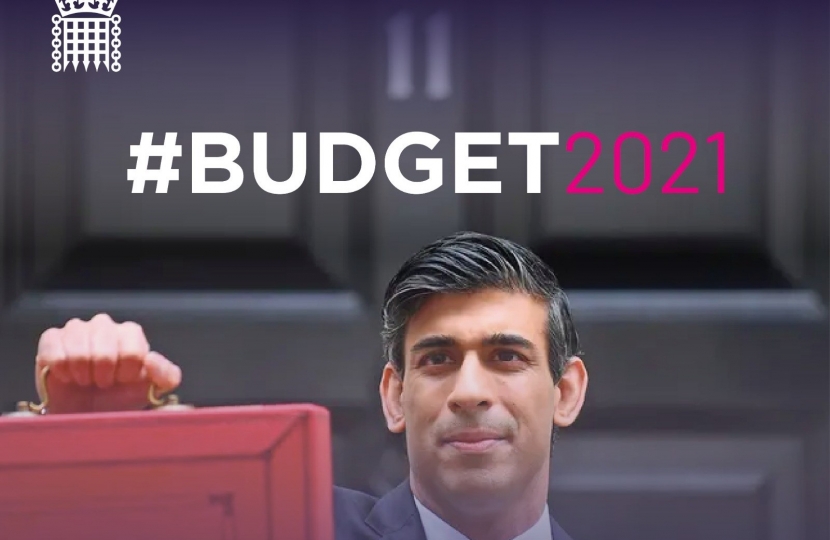 Today, the Chancellor announced the Spending Review and Budget, delivering a stronger economy for the British people by:

For Wrexham and Wales, a number of aspects are particularly welcome, including:

More money for those on Universal Credit:

To make sure work pays, and to help the lowest-income families in the country, the taper rate will be cut by 8 pence, taking it down from the current 63p to 55p. It was also announced that we would be increasing the Work Allowance by £500. Taken together, this is a tax cut for 2 million low-income families worth £2.2 billion next year, or an extra £1,000 in the pocket. And we will introduce this no later than December 1st.

This has been advocated by the Resolution Foundation, TUC, Centre for Policy Studies, Joseph Rowntree Foundation and the Centre for Social Justice. As an example, a single mother of two working full-time on the National Living Wage will be better off by around £1,200 a year – while a working couple with two children, both paid the National Living Wage, one working full-time and one part-time, will be better off by £1,800 every year.

Increasing pay for those on the National Living Wage:

The National Living Wage will increase by 6.6 per cent to £9.50. A Conservative government introduced the NLW in 2016. We are implementing the recommendations of the independent Low Pay Commission, raising the pay of 2 million of the lowest paid workers; someone on the NLW will see an annual salary increase of £1,000. We are also increasing public sector pay following a period of more targeted pay.

Additional funding for Wales under the Barnett formula:

The Welsh Government will be provided with an additional £2.5 billion per year on average through the Barnett formula, on top of its annual baseline funding of £15.9 billion. The government is also confirming an extra £425 million for 2021-22.

Together this is most generous funding settlement since devolution in 1998 and gives the Welsh Government sufficient funding certainty to plan in-year spending and to provide additional future investments in areas such as health, social care and education.

Making sure motorists are not worse off:

As a result of leaving the EU, we are now able to reduce the number of alcohol bands from fifteen to just six, based around taxing alcoholic content.

We are also introducing a new Small Producer Relief so small scale brewers are incentivised to grow larger. We are cutting the price of English sparkling wine and prosecco by as much as 64 pence, and cutting the tax on draught fruit ciders by 20 per cent. And until this new system is in place, we will freeze all alcohol duties for the third year in a row, including for whisky – a tax cut for families worth £500 million every year.

We are also introducing a new Draught Relief which will apply a new, lower rate of duty on draught beer and cider – cutting duty by 5 per cent, the biggest cut to cider duty since 1923 and the biggest cut to beer duty for 50 years. This will boost British pubs by nearly £100 million a year – and means a permanent cut in the cost of a pint by 3 pence.

Support for businesses across Wales directly from the UK Government:

A £130 million investment fund for Wales was announced through new funding from the British Business Bank. This will help small businesses across Wales grow and develop their potential.

Alongside this, a new Veterans Commissioner for Wales will also be established.