Brexit Impact to Wrexham and Flintshire 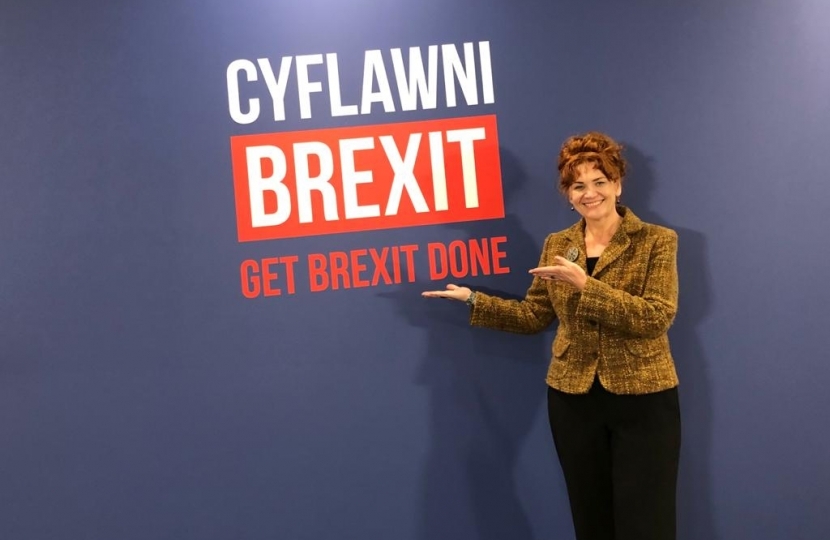 Earlier this week, I read with interest the Welsh Local Government Association (WLGA) press release claiming how much damage will be done to our area because of Brexit. When I look around Wrexham, all I see is opportunities to be grasped and potential to be realised.

The people of Wrexham voted to Leave the EU in 2016. I was one of them. This was before I was involved in politics, so I can’t claim to have campaigned on the matter, but like many people around here I voted because of a number of factors: control over our laws, borders and money.

The UK once again has the power to make its own trade deals and the EU itself has predicted that 90 per cent of future world growth will come from outside of Europe. I believe that we are now well placed to take advantage of new markets overseas.

The WLGA report doesn’t seem to stack up to the reality we are seeing locally. Companies such as JCB and NetWorld Sports have created hundreds of new jobs, during a global pandemic. Magellan Aerospace and Rowan Foods have both expanded and created local jobs in the process. Wockhardt is finishing and filling the UK vaccine right here in Wrexham and creating 40 new jobs on the back of a UK-India trade deal. These successes are happening because we are a free and independent nation. Because of, rather than despite Brexit.

The UK Government also has ambitious plans that will level-up the different regions of the country and secure our economic prosperity outside of the EU. This includes £88 billion capital funding for infrastructure in 2020, a £3 billion National Skills Fund and the fastest ever increase in domestic public Research and Development funding. These funds represent a direct investment in our future, which was not available during our almost 30-year tenure in the EU.

As the most populated town in North Wales, with a fantastic football club, a high street brimming with unrealised potential, one of the country’s largest industrial estates, world-class educational establishments and brilliant transport links to the rest of North Wales, North-West England and the Midlands, Wrexham really can be epicentre of British success for the coming century. We just need to have the vision and confidence to seize the opportunities.

Making sure we exit the pandemic by continuing our support for individuals, businesses and jobs.

Protecting those who protect us: Women in the Armed Forces from Recruitment to Civilian Life

For the last year, the Defence Select Committee has been running an inquiry in the female military experience, hearing from women across the whole cycle of their military career.