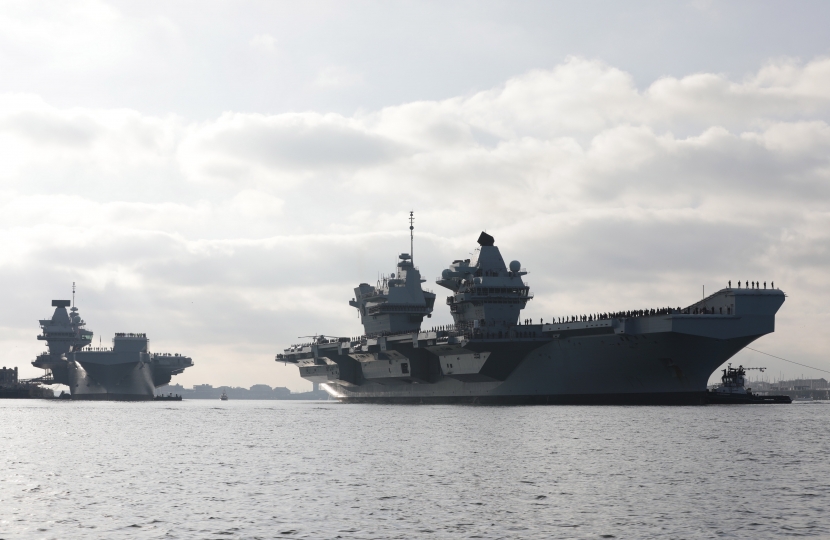 I believe it is absolutely vital that we maintain a continuous independent nuclear deterrent as the ultimate guarantee of our national security. Although no state currently has both the intent and the capability to threaten the independence and integrity of the UK, given the unpredictable security environment we face, maintaining our nuclear deterrent remains crucial for the protection and defence of the UK.

Despite successes over recent decades in limiting the number of states with nuclear capabilities, we cannot rule out a major shift in the international security situation which would put us under grave threat. That is why I do not believe it would be right to give up this capability unilaterally. The Government’s policy is to retain the Trident continuous at sea nuclear deterrent to provide the ultimate guarantee of our safety and build the new fleet of four Successor Ballistic Missile Submarines – securing thousands of highly-skilled engineering jobs in the UK.

I welcome the commitment to support the renewal of Trident with a fleet of four submarines. It would be wrong to leave Britain open to nuclear blackmail. The nuclear deterrent protects all of Britain, and scrapping it would dangerously weaken our collective defence. I fully support this position, because this is the only sensible policy for ensuring our country has future of security.

On the issue of moving Trident from Faslane, the Government has no plans to move the strategic nuclear deterrent from Her Majesty's Naval Base Clyde, and has not considered options for moving the deterrent. Any alternative solution would come at huge cost to the taxpayer.