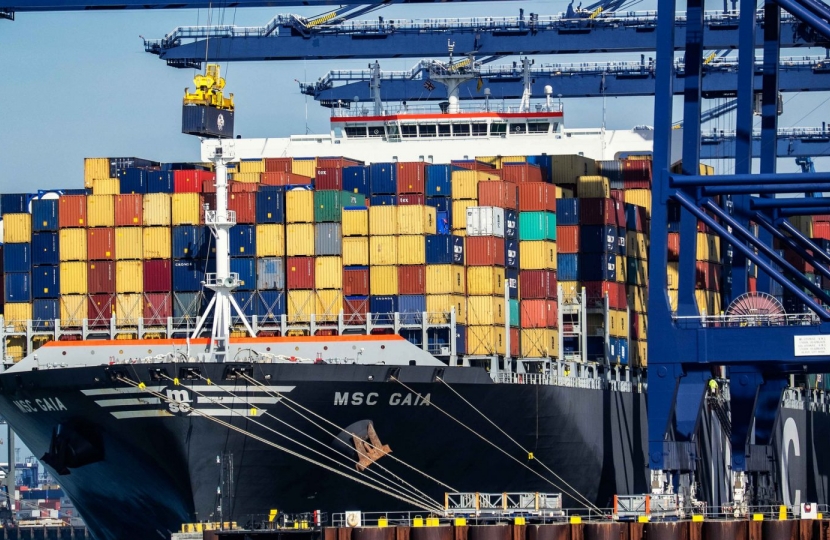 The Trade Bill is a continuity Bill. It cannot be used to implement new free trade agreements with countries such as the US. Instead it can only be used to transition the free trade agreements that the UK has been party to through EU membership into two-way agreements between the UK and the respective trading partner. All these agreements have already been subject to scrutiny as underlying EU agreements, through the European Scrutiny Committee process or equivalent.

Future free trade agreements signed by the UK Government will be subject to a greater standard of scrutiny than during the UK’s membership of the European Union. Public consultations will be held prior to trade negotiations to inform the Government’s approach, as they have prior to the launch of trade talks with Japan and the US. Ministers have also published their negotiating objectives prior to the start of trade talks and held open briefings for MPs and Peers. Ministers will continue to provide regular updates to Parliament after negotiating rounds and the Government has also repeatedly made it clear that where necessary it will bring forward primary legislation to implement new free trade agreements which will be subject to Parliamentary scrutiny and approval in the usual way. This will give Parliament a greater say over free trade agreements than Parliament ever had whilst the UK was a member of the European Union and it goes further than countries such as Australia and New Zealand, where Parliament cannot directly block ratification of a free trade agreement.

Overall, I believe this approach strikes the right appropriate balance. It respects the UK constitution, ensuring that the Government can negotiate in the best interests of the UK, whilst making sure that Parliament has the information it needs to effectively scrutinise and lend its expertise to trade policy.

Therefore it was not necessary for me to vote for any of the new clauses to the bill. The specific new clauses to the Bill which constituents have written to be about; NC4, NC11, NC17 and NC20 all deal with future free trade agreements and are not relevant to the purpose of the Trade Bill. As aforementioned the purpose of this Bill was simply to convert free trade agreements which the UK was a signatory to under our EU membership into bilateral agreements which keep our existing arrangements with those third countries in place as we exit the transition period at the end of this year.

As your Member of Parliament I will continue to respect the manifesto upon which I was elected last November which made it clear that in all our trade negotiations, we will not compromise on our high environmental protection, animal welfare and food standards. For a more extensive response to concerns about food standards please visit my website’s campaign response page here.

Separately, I have received written assurances from the Minister of State for Trade Policy the Rt Hon Greg Hands MP who has confirmed that the UK’s market access schedule to the Government Procurement Agreement coverage does not, and will not, cover Healthcare Services. It does cover goods and certain services above specific value thresholds procured by the NHS, such as medical equipment, cleaning and building management services. Ensuring that such services are open to competition helps the NHS access vital drugs and other resource at competitive prices. This ensures that as much money as possible is spent on the front-line delivery upon which we all rely.