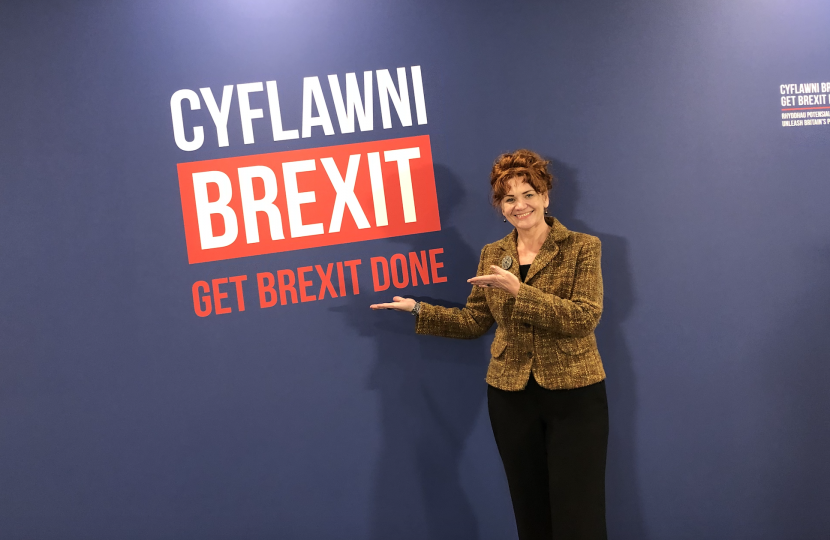 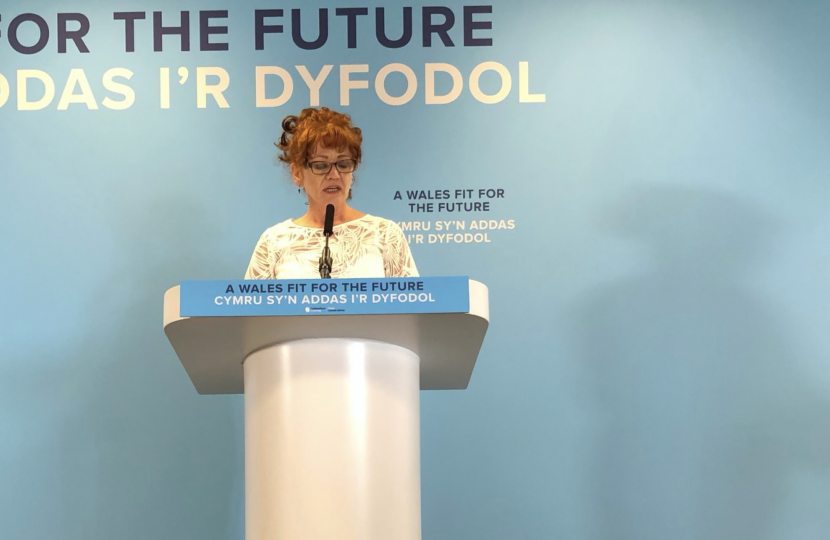 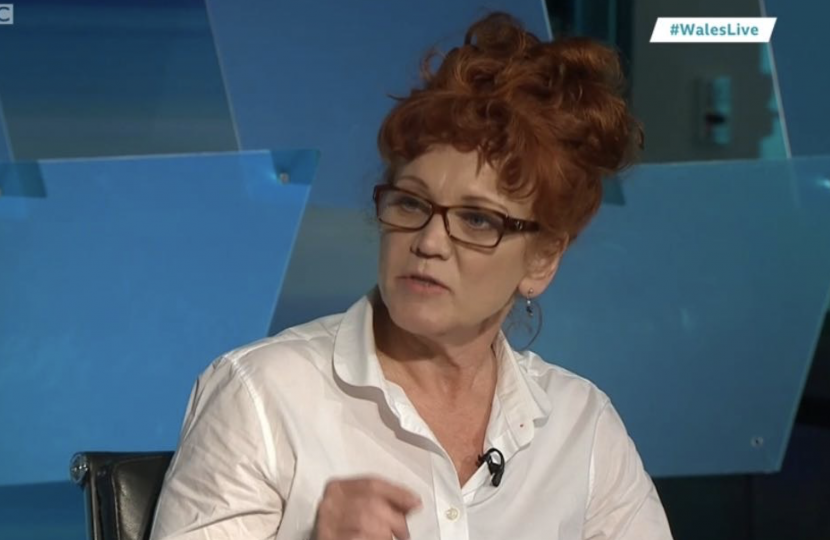 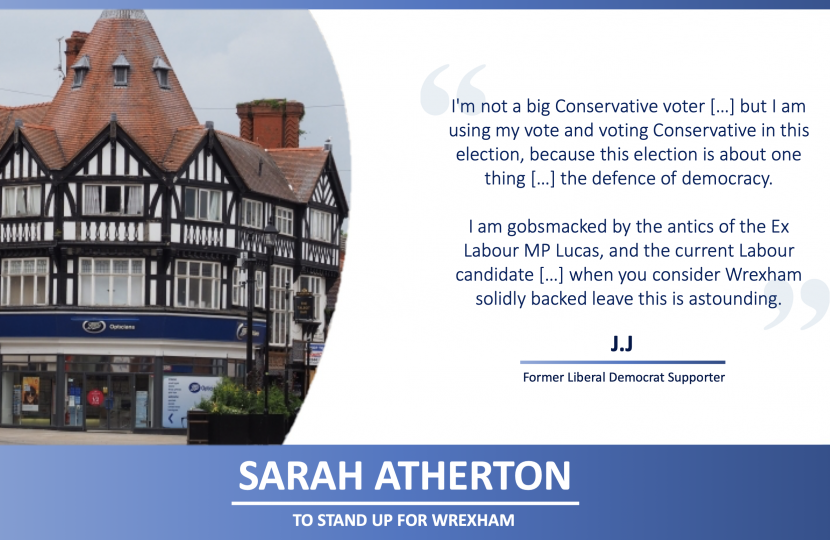 I am committed to standing up for the result of the EU referendum. 59% of Wrexham, and 52% of the country voted to leave the EU – overall, by a majority of 1.3 million people, the largest democratic mandate in British political history.

The people of Wrexham spoke, and their voice deserves to be heard. For too long MPs have been ignoring their constituents, voting to delay at every opportunity. Wrexham needs an MP who will stand up for Brexit and ensures the result of the 2016 referendum is finally implemented, restoring faith in our democratic process.

We need to ensure we have a new functioning majority so that we can get Brexit done; ending the uncertainty, moving our great country forward, to focus on local issues.

I support our Prime Minister, Boris Johnson’s leadership and commitment to delivering upon the referendum result and look forward to the opportunities it will provide. If elected I would vote for his deal and fight Wrexham’s corner in subsequent negotiations with the EU, ensuring we seize the opportunities that Brexit will hold for Wrexham and the rest of the UK.

Boris Johnson's deal puts the whole country on a path to a new free trade agreement with the EU. It allows for a new relationship with the EU, tased on free trade and friendly cooperation, not the EU's treaties or laws. We will keep the UK out of the single market, out of any form of customs union, and end the role of the European Court of Justice.

This future relationship will allow us to:

- Take back control of our laws

- Take back control of our money

- Raise standards in areas like workers' rights, animal welfare, agriculture and the environment

- Ensure we are in full control of our fishing waters

“If elected with a majority Government on December 12th we will Get Brexit Done, introducing legislation on Day 1 of a new Parliament, and we will be out of the EU by the end of January putting this delay, confusion, and chaos behind us. Sarah has always respected the result of the referendum and will join me in getting Brexit done at every opportunity.”

Sarah Atherton has welcomed the formal launch of the new Trade and Agriculture Commission, unveiled by International Trade Secretary Liz Truss at an event in Whitehall today.

In the 2016 referendum Wrexham residents, myself included, voted to leave the European Union.

However, the next three and a half years that followed brought anguish and uncertainty as our politicians tried to undermine that decision.

Wrexham Leader: delivering on a promise to the people

Last Friday, in Westminster, I voted for the European Withdrawal Bill, an act the people of Wrexham instructed me to do when I was elected as their MP.

It was a pleasure to speak to residents at my Brexit Street Surgery today.