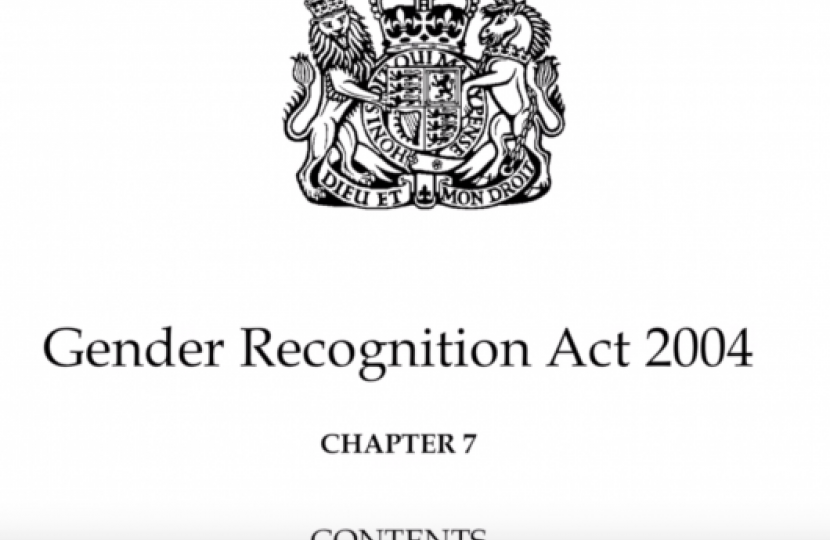 I know that colleagues in the Government Equalities Office have been doing a lot of work on this recently to form their response to the consultation. Understandably, the Coronavirus outbreak has complicated things, but I have received reassurances that they plan to publish their response as soon as possible.

Legally, due to the GRA, if a person wishes to change gender from their gender at birth they must produce two medical reports explaining that they have suffered from gender dysphoria before applying for a Gender Recognition Certificate (GRC). Gender reassignment is a serious matter and deserves to be treated as such under the law, which is why it is right that no person is able to simply self-identify as the opposite gender. One’s gender has significant implications and not just for oneself, but also society. It is not merely a badge or label. It carries rights and entitlements.

The prospect of women’s prisons, women’s refuges or female toilets being open to a person who was born male but who now says they are female and who is legally entitled to enter those women-only spaces purely on that person’s self-identification of gender is profoundly troubling. Therefore I am especially glad that the Minister for Women and Equalities the Rt Hon Elizabeth Truss MP has recently said that any reforms will ensure the protection of single-sex spaces, which is extremely important.

Separately, the impact of this legislation on children is also extremely important. I have raised this with colleagues in the Government Equalities Office who have assured me of their commitment to ensuring under 18’s are protected from making decisions that are irreversible in the future, such as undergoing gender reassignment surgery. I believe strongly that adults should have the freedom to decide if they wish to undertake gender reassignment surgery, but I do think it is very important we protect children, who are still developing their decision making processes and capabilities, from taking action which they may not be able to reverse.